Last night a second team of Scots arrived at Good News. They are from Brechin and have a history of running visits to Rwanda. They seem very nice and I hope they have as good a time as we have had.

After dinner last night we sadly had to say “cheerio” to Susan. She’d been our guide through all the Comfort Projects and had been an absolute star. It was so sad to say goodbye. She’s very much become part of the KHS family.

This morning was restful. We could see that everyone was flagging a bit so we took the morning off. Sleep was had, “UNO” was played and TV was watched. I managed to catch up with a bit of “Strictly” and felt quite at home.

After a soup and roll lunch, we headed to Ntarama, a genocide memorial site. Suzie made sure we were all well prepared as this was to be more harrowing than the museum we visited last week. This more more like a “this is where it happened” visit. 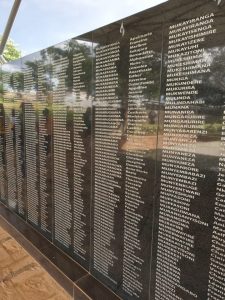 There’s is no easy way to describe what we say at Ntarama and Nyamata, the two sites we visited. Both had been Catholic Churches where people had sheltered to avoid the killers during the genocide in 1994. Prior to the genocide there had been sporadic massacres around the country due the anti-Tutsi propaganda being promoted by the government of the time. At this point, Churches were thought to be safe spaces so sheltering in one was a way to avoid the Hutu killers. By 1994, the prejudice was so strong and the propaganda so powerful that all the rules were forgotten. The word went round the killers that people were sheltering in the churches so the killers decided they were fair game and made their way straight for them. 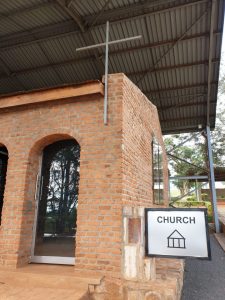 People were killed in the most horrific ways possible. Rape was used as a weapon and subsequently, women were infected with HIV and/or became pregnant with babies they had not chosen to have. In both churches we saw clothes, personal possessions and the bones of those who lost their lives and from the skulls we could see clearly how they had died. I feel terrible having to pass this information to you but I believe that it is important that you know and you understand so that together we can all prevent this happening again. Even children were killed – as if they could be any kind of threat. 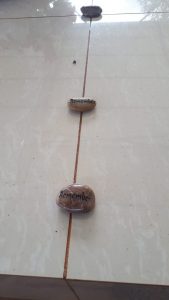 I wondered about the guides in that they have to tell these horrible stories every day. How do they go home to their families, eat their dinner and sleep at night? Rachel, our guide at Nyamata answered my question by confirming that she had indeed had episodes of trauma and flashbacks but the fact that she was able to pass on the stories to people from all over the world was a healing process in a way. That way people would take these stories wherever they went and new stories like these would not be created. 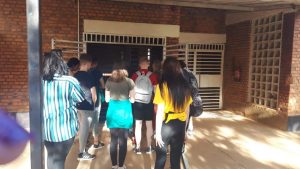 In a way I feel in Rwanda they way I felt when I visited Hiroshima, Japan in 2011. The people in both these countries have seen true horror. They know the lengths the human race is capable of going to in terms of the cruelty that can be shown and they are determined to be peaceful and pass on the story. I have more respect for them than I can possibly express by any medium I have available to me.

As you would predict, the bus home was very quiet.