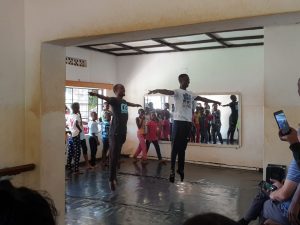 It’s a difficult thing weighing up the highlights of this trip so far. We have had everything from the highs of working with the babies and children of Comfort International’s babies project to the ridiculousness of watching Dr Murray scrambling in the back of the bus to save escapee potatoes that we were bringing to one of the communities at Nduba.

I did get to fulfil a lifelong ambition of seeing a baby warthog and being able to sing the wee line “When I was a young warthoooooog” from The Lion King! Our Akagera day was amazing for sure and none of the students complained about the incredibly long day…absolute stars! This day also included Ben rallying round to make sure our driver was fully fed and watered. Our KHS kids have massive hearts and acts of kindness like that really epitomises what our school is about. 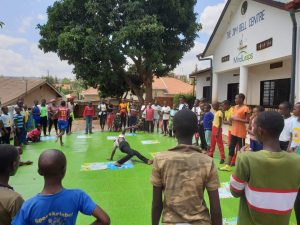 In February 2018 I had planned to go visit the MindLeaps project in Kigali on my last day here before flying back to the UK. However, the African Union cycle race effectively cut Kigali in half meaning I could not make it to the project. It seems to have worked out for the best though as yesterday we took the team there and it was an absolute privilege to take them.

MindLeaps is a project that utilises dance to build relationships with street children in Rwanda and other countries in order to build up cognitive and social skills. This then allows them to have the confidence to get into or back into education. The organisation is heavily involved with the families of these children and family strengthening and support is key to the success of MindLeaps. 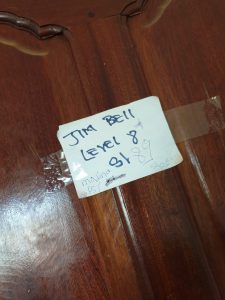 My former RME teacher, Jim Bell, was a major funder of the project in Kigali and after his passing in 2017, the MindLeaps centre in Kigali was renamed The Jim Bell Centre. Pulling up to the centre yesterday was emotional for me and I managed to pull myself together once we were in. After my Dad, Jim is the next most influential man in my life. Without him I would not have pursued teaching. Without him I would never have ended up on that trip to Rwanda in 2008; which was the first Rwanda trip for both of us.

Jim was everywhere in this building. I was moved that so many of the kids knew who he was and were so excited to meet one of his former pupils. On the back of one of the doors there was a sticker with his name on it and in the main studio room you could see the room was sponsored by Jim and his wife Anne in the name of their first grandson, Logan. 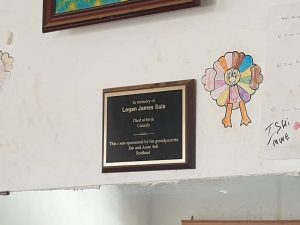 If that wasn’t emotional enough, one of our pupils Kieron decided to suggest he would do a zumba class demonstration in the centre. To see one of our KHS pupils taking such a class in the centre named after Jim is a feeling I can’t quite describe. Proud doesn’t cut it. Saying their are no words to describe how proud I am of Kieron for this is probably better. What he doesn’t realise that I know for a fact that some of Jim’s family will read this and that will move them to tears. Lynsey, your boy did good! 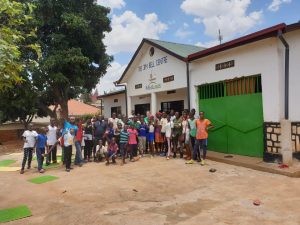 Yesterday morning was definitely the highlight of all 6 trips I have travelled to Rwanda for and I could not be happier that KHS were there alongside me.