Yesterday morning, I woke up at 07:55 with breakfast being served at 08:00, a typical morning. For breakfast, we had pancakes with maple syrup which gave a great energetic start to the long day. In Kigali, supposedly, it is considered very usual to heat the maple syrup before it is spread on the pancakes.

I got dressed and ready quickly after breakfast as our departure time was 09:00 which was fairly soon after breakfast. After I was ready, I took out some of my time to complete some of my schoolwork for when I return to Scotland. There was load shedding, so with the lack of internet, I played cards with some others in the rest of the group. I got to bring out my competitive side during this which was so much fun. 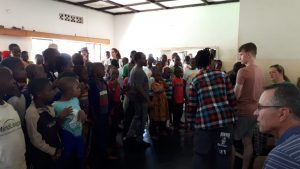 During our journey, I made sure that I brushed up on my Kinyarwanda with our bus driver, Mathaais, before we arrived at the MindLeaps studio where we were going to learn more about their project and participate in some of the dancing. MindLeaps is a not-for-profit organisation which is dedicated to bringing more children into education and creating positive livelihoods through dance. We had a very warm welcome once we arrived and some of the dancers gave us a performance which was beautiful to watch. We then participated in the dancing with Kieron leading an excellent Zumba class with the children. I loved participating with all the children bringing good vibes into the dance room as Kieron taught. 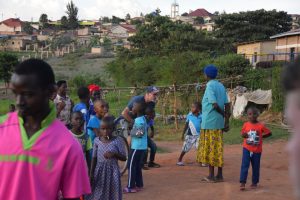 We were shown around the studio which taught me more about how exactly MindLeaps function. They have an excellent procedure and one thing that really stood out for me was how great they were with engaging with each specific child and tailoring their action plan for each child. When we taught the children Ceilidh dancing which was great fun as the children learn very quickly and showed us the dances themselves before we left. They truly were very quick learners. 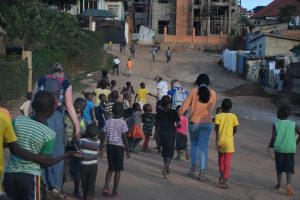 When we arrived at the Nybasindu Street Kids Rescue project, we again received a very warm welcome. Warm welcomes and friendliness are both things which I have noticed consistently during my time in Kigali, the people are so great and the culture is soo welcoming. We sat with the young children as we were told more about the project. They are all children who had been saved from disgusting conditions and helped to restart their lives in conditions which were easier than before, they have been reintroduced into the education system. We decided to walk down with the children to the fields to play some games. We began by playing Agati which is a team, racing game – everyone got involved for this. Then the whole 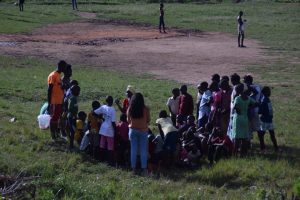 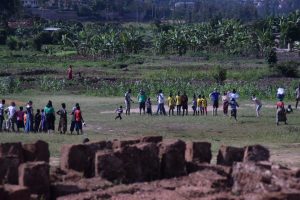 We returned to the guesthouse around 18:30, which was not too late and gave us half an hour before dinner. It was a really powerful and important day out of our trip, it was great watching the children smile and the rest of my group become more confident with the tasks.