Dinner was a delicious beef and sweet tattie stew with rice, tatties and some kind of chapati/pancake. It was very well received. In the evening we played “UNO” and “Harry Potter Dobble”. I didn’t win any rounds but I told my friends how good at “Dobble” both of you are.

The next morning we awoke to a breakfast of eggy bread, fruit salad and syrup. By this point I was getting very good at combine it all together in a fruity, sticky, delicious pile. 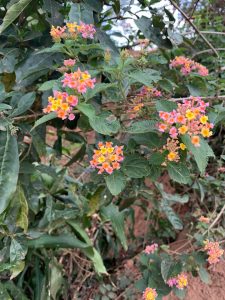 Our first visit of the day was the Nduba community on the North East side of Kigali. Here there was a group of people who are genocide survivors who, in a similar way to the ladies we met yesterday, have formed a collective for support and honey making (of all things). We arrived to the most beautiful singing. They were all Christian songs – you mat have figured out that most people in Rwanda are quite religious and the majority of those a Christian. The Christian Religion would have been brought here by the original missionaries who would have pre-emoted the colonisation of Rwanda. There was a book of the words so I managed to sing along and even interject some harmonies. I’ve always loved harmony singing.

A few Bible readings and sermons followed and Clermont – our friend who led us both yesterday and today, translated for us. They welcomed us before we introduced ourselves. I told them that there were few more beautiful places to make music and few more beautiful people to make music with. I also brought the greetings of the Church I was brought up in – St. James the Less, Penicuik. I don’t tend to go to church these days but I remain glad that I was brought up in that community and I’m glad that you still also have a connection. 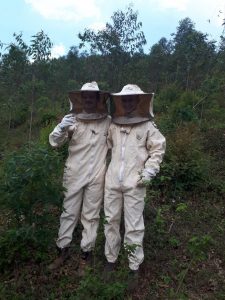 It seemed appropriate to sing “The Freedom Come All Ye” in the spirit of friendship, togetherness and the end of evil, prejudice and suppression. I’ve written the words below along with a rough translation (although the imagery and poetry really can’t be translated). If there’s to be a National Anthem for Scotland, that’s the one for me.

Lauren danced beautifully and Hannah sang a really lovely song, accompanying herself on the ukelele. She was concerned that it was too sad but I don’t think that mattered at all. She sang and played fantastically and it went down really well. We then sang “500 Miles” and again the refrain went down a treat.

Afterwards, we scrambled up a bank to meet the bees. Dominika, Kieron, Ben, and I all dressed in the beekeepers outfits and looked very silly indeed. It was great to see the buzzy bees and realise that without them, the human race is stuffed. 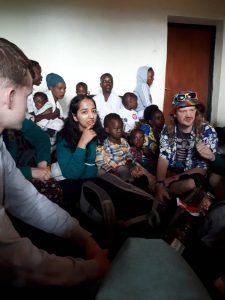 Back on the bus, the beautiful singing was ringing round my head while Gavin and I discussed toys and movies we like. He really is a wealth of information on such things and a great conversationalist.

After lunch, our departure was delayed by the most spectacular rainstorm. There was a waterfall over one of the doors and any time spent outside meant a soaking. The thunder and lighting were happening at the same time which is an indication that the storm was right above us. The “heaviness” of it certainly suggested so! 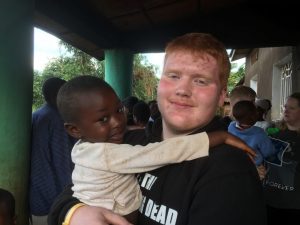 After the rain finished we headed to the Comfort Babies project. David joined us and explained that many of the mums had been sex workers and a number infected with HIV. Comfort has helped them set up a community with a mother who can keep an eye on them. Time and again we find that the ethos is of friendship and mutual support. We introduced ourselves and when they found out I was a musician, they asked me to play. I asked them if they wanted a fast or a slow tune. They asked for both so I played “Stan Chapman’s” and “Frank’s Reel”. They then led the dancing which became quite a party. 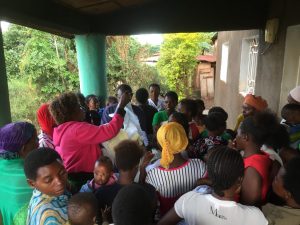 It was so lovely to see some of the more reticent members of the group firing on to the dance floor and throwing some shapes. We then just chatted and played with the babies before handing over some of our knitted baby clothes. I hate to stereotype but I do think that Scottish grannies are the best knitters. I had to drag Esha and Hannah away from the babies. Hannah is training to be a nursery teacher and I think she’ll be amazing.