Audrey Mackay, primary music teacher at Wallacestone PS and St Mary’s RC PS, has been working with pupils on the BBC 10 Pieces initiative. Click here to learn more about this project.

A number of her classes have been listening and responding to classical music during the “Ten Pieces” project.  This project is designed to introduce young people to the world of classical music in a fun and interesting way.  Primary 7 at St Mary’s RC PS have been particularly inspired to create their own response to the music by working together to compose a fusion between the opening bars of Beethoven’s 5th Symphony, the familiar theme from Greig’s “In the Hall of the Mountain King” and Scottish Composer Anna Meredith’s body percussion piece “Connect”.  The class are now in the final stage of rehearsing and hope to complete the video of their composition in the next week.

At Wallacestone PS, primary 5 classes attended the launch of the project at Cineworld in October and have been studying the various pieces during their Music lessons. Primary 5D chose Anna Meredith’s “Connect it” as the piece they would like to create a response to – click here to watch a performance of this piece.  In co-operative learning groups they created their own body percussion compositions.  Their performances were videoed for evaluation in class . 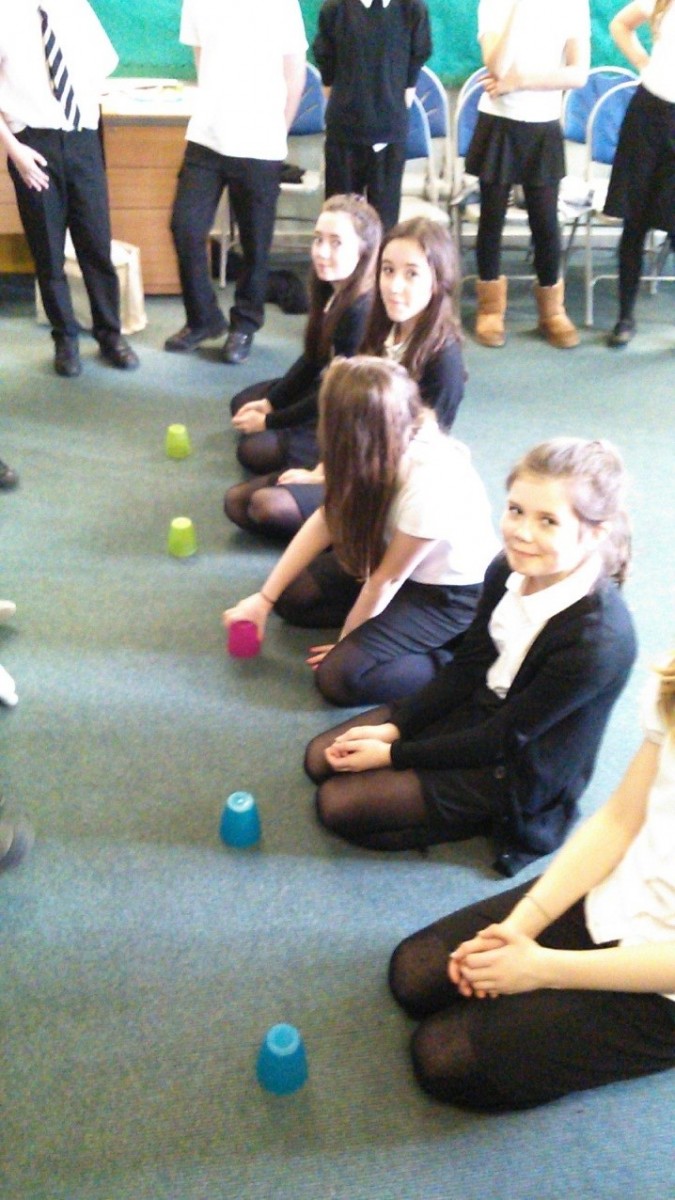 Primary 5E chose “A short ride in a fast machine” by John Adams.  Their response was completely different to the other class. A suggestion from one child about playing the music whilst running his remote control car round the classroom led to a filming project in and around the school.  Video clips were taken in various locations and then edited using Moviemaker. Whilst some children were filming others were experimenting with the mp3 track of the music and Audacity. The children were able to select how much or little of the original to use and then experiment with Audacity’s various features.   After consultation with the class, one track was chosen to be the sound track for their film and was further edited using Audacity.   The film is now in its final stages of editing and will hopefully be completed by 25 March 2015.

Audrey’s work is a good example of interdisciplinary learning, with pupils applying their musical literacy analysis skills while broadening their understanding of music in our society. The pupils have been able to use personalisation and choice and develop their creativity and ICT skills while creating their responses to their chosen pieces. Pupils will also develop understanding of how each subject within the expressive arts can be combined through a performance.