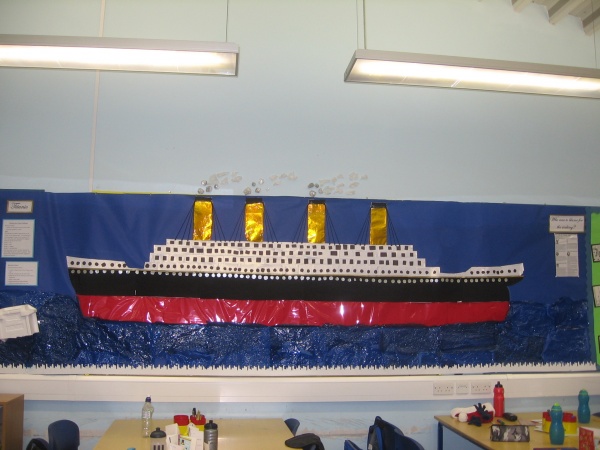 On Friday 12th December, Yvonne McBlain visited Deanburn PS to hear all about the Titanic storyline topic which primary 6/5C have been working on. Hollie, Miah and Iona were kind enough to give her a tour of their classroom and wrote the rest of this blog post.

We received secret missions with information about what we had to do for our topic. One Monday morning, we were told we had to wear old clothes – it was the 16th of October. On that morning, we were told we were going to be doing arts and crafts and that we had to build a 2D model of the Titanic. We didn’t know much about the ship, but worked in four groups and there was a funnel group, a deck and promenade group, a hull and under-hull group, and a sea group. Our teacher Mrs Crawford showed us lots of pictures and we searched Google images for more. It took us two days, but in the end we managed to finish our ginormous picture of the Titanic.

Hollie took a photo of the first class cabin, Iona took one of the second class cabin and Miah took the ones of the crew cabin. 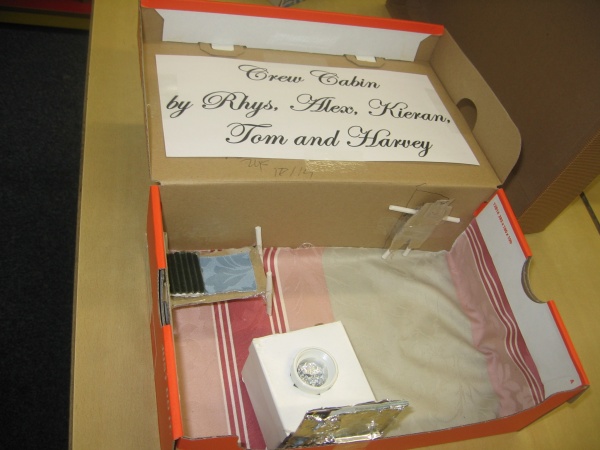 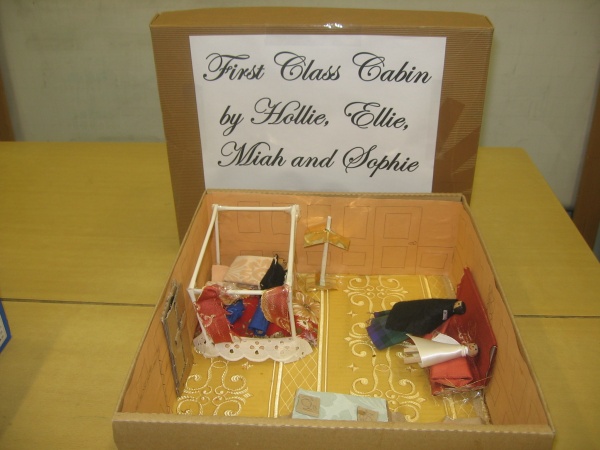 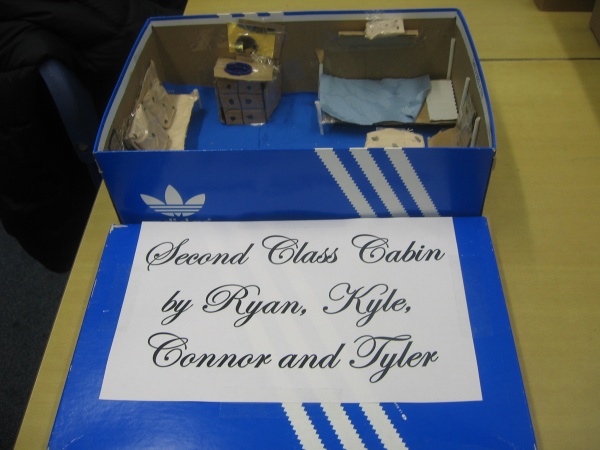 The girls felt that this topic helped them to understand how things have changed since those days and nowadays. It also helped them respect other people more because “when we were reading the novel about the Titanic, the book says “life’s too short for arguing”.  So now we think it’s a good thing to teach people that, and you should make sure you make the most of life.” Iona said “When we worked in the groups there was a lot of arguing and I think this topic helped us with problem-solving and we HAD TO solve the problem together.” 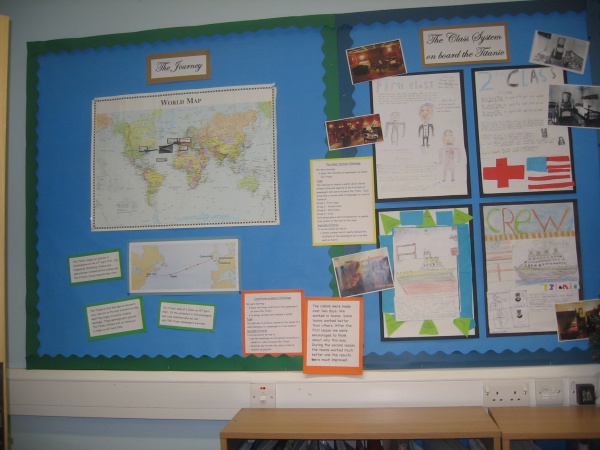 Miah looked through the evaluations written by others in the class and picked out Sophie’s which said “I really enjoyed my character and completing the missions. It was a very interesting topic.” Jamie’s said “I liked building the Titanic because it was super fun and we got to work together in teams.”

Hollie picked out some comments from the parents of people in our class. One parent said “Thought it was excellent and was really impressed with the effort they had all made, dressing up, etc.” another parent said  “I was most impressed by the amount of research that was carried out. The children obviously worked very hard and it showed.” 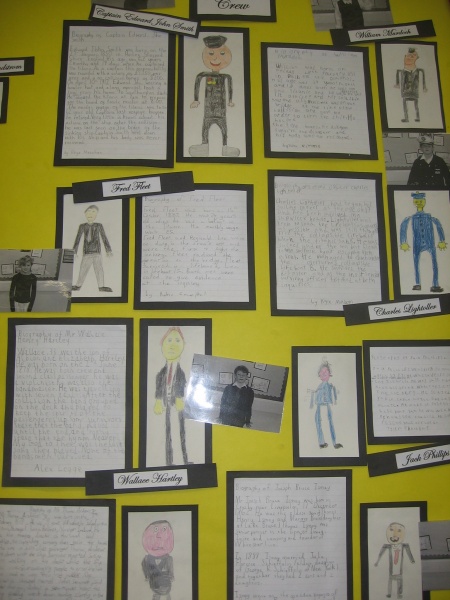 It is very clear that these pupils have gained a great deal of knowledge and understanding from Mrs Crawford’s use of the storyline approach with this topic. Yvonne McBlain also noticed the real changes in attitude pupils had developed through taking on roles as characters on the ship, and really enjoyed sharing in the girls’ obvious enthusiasm for their learning. 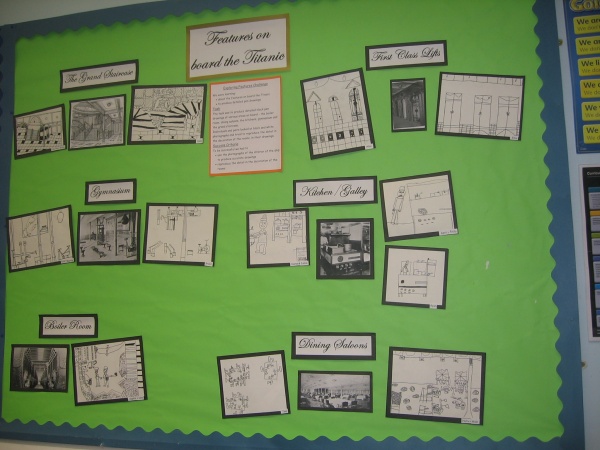