Gillian Brodie, principal teacher at Moray PS, and her Raci task colleagues have been working since last session to develop staff use of the storyline approach to enhance interdisciplinary learning. All staff agreed that they would use this approach with their pupils between January and March 2014 to link experiences and outcomes within social subjects: people, past events, and societies and other relevant areas of the curriculum. Staff identified historical contexts for learning which they felt addressed the principles of curriculum design, consulted with pupils, and then planned the learning in a collaborative and mutually supportive way.

Nursery pupils tracked Dora the Explorer’s travels across the world which will lead to development of their knowledge of the Commonwealth Games later this term. Through various activities, they have been able to develop and apply their literacy and fine motor skills.

Primary 1 have also focused on literacy skills using the Fairyland Learning Unlimited resource as a starting point. These pictures hopefully give a flavour of the way the pupils and teachers have developed this storyline. Staff reported that pupil motivation for writing and the amount of writing produced was greatly increased by the Fairyland context. It was a very successful context within which pupils could develop their independent writing skills. 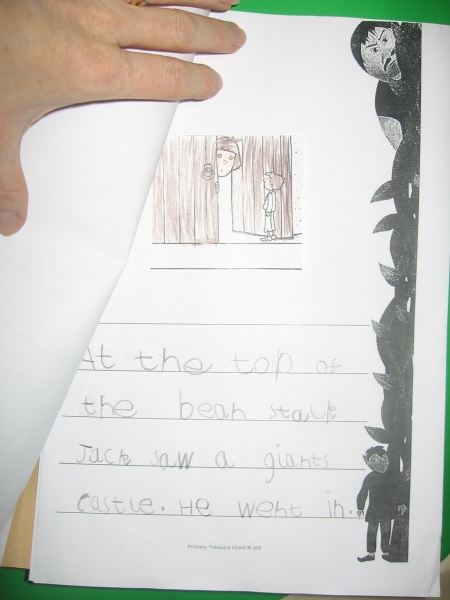 Most teachers have offered pupils the opportunity to choose from a range of rich homework tasks which can be done with parents and grandparents. 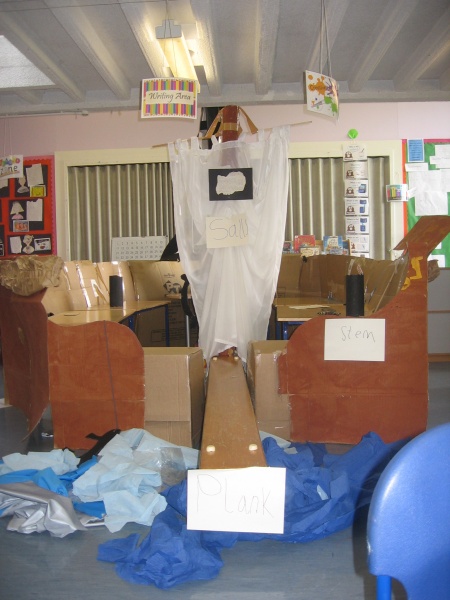 Primary 2 pupils led their storyline to help them learn everything they need to know about Pirates. Their teachers are ensuring that they develop skills across the technologies which extending their knowledge and understanding of piracy in the past. Click here to read the pirate code created by the pupils, and here to see and example of a power point presentation created by a pupil. 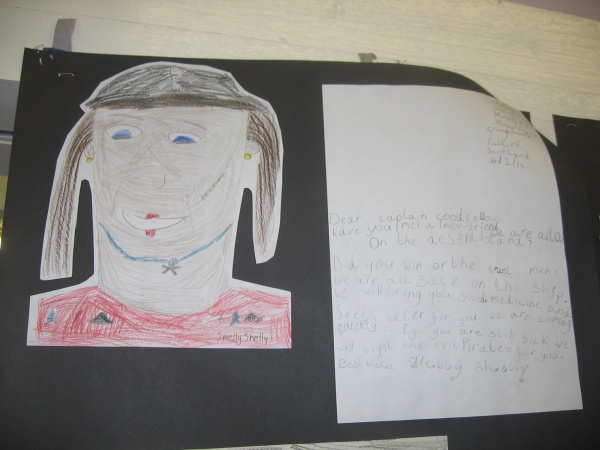 The children are revelling in their pirate alter ego characters, as can be seen from the biography here.

The primary 3 teachers are using the character of Howard Carter to guide their pupils through a range of challenges which extend their knowledge and understanding of Ancient Egypt. These challenges allow pupils to develop their problem solving capabilities, and apply skills within a small selection of relevant curricular areas.

The pupils have also written some “little questions” which they want to have answered during their studies. 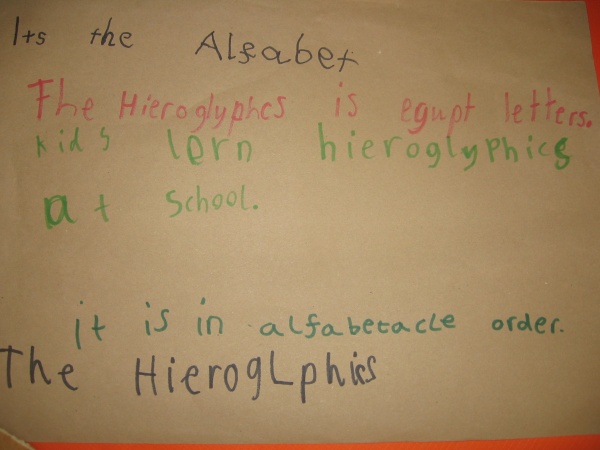 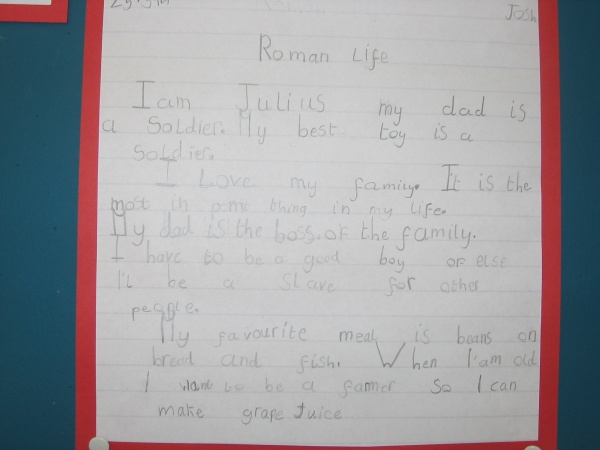 Staff in primary 3/4 & 4 have adapted Falkirk’s own Roman storyline to meet the needs of their pupils. They are comparing the lives of rich and poor Romans and considering the conflict between the Romans stationed on the Antonine Wall and the native Celts already living here at that time. 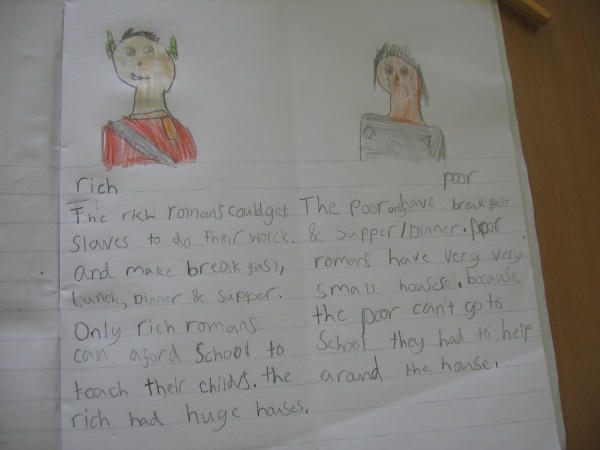 Connor said “I learned that there’s a lot of differences – the rich ones have bigger houses and they can afford slaves… and the poor have to help their mums at home.”

Primary 5 staff and pupils are adapting Falkirk’s own Scottish Wars of Independence storyline. to broaden understanding of Scottish history and extend and consolidate a range of skills. Pupils are now creating a museum space for the exhibits they have made. 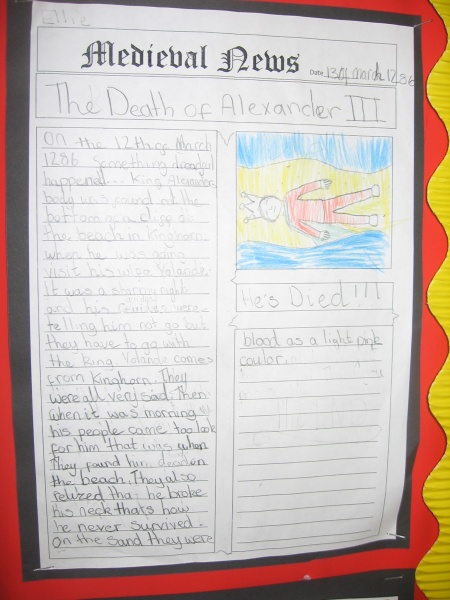 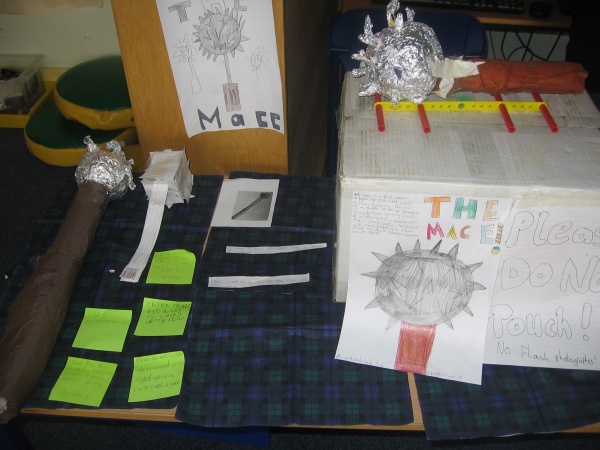 Primary 6 staff  worked with Sallie Harkness to pilot a Storyline Scotland Drovers plan. Pupils have followed Rob their young drover main character from his home in Lochaber to the Falkirk Tryst. This plan develops pupil understanding of people, place and society as well as people, past events & society within the Scottish context. 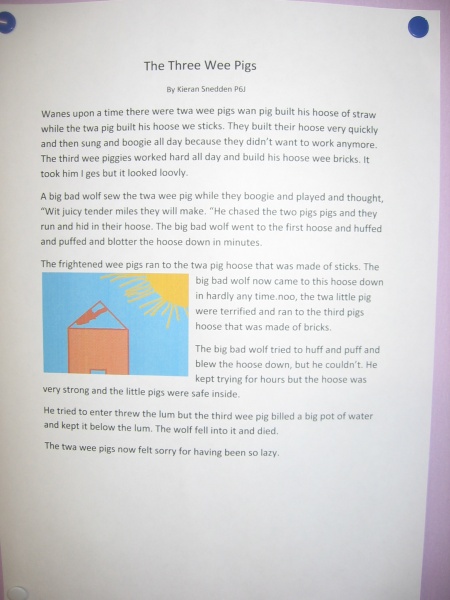 Staff have used the context to apply knowledge of Scot’s Language with traditional tales. Pupils were particularly worried when the prize bull of the herd went missing and they suspected he might have been kidnapped for slaughter! Click here to see their appeal for help during this incident in their storyline.

Yvonne McBlain worked with Gillian and the raci group last session and returned on 23rd April 2014 to see how things had developed (unfortunately, she didn’t make it to primary 7 to hear about their drugs and alcohol work). Teachers, staff, SMT and pupils gave positive feedback about how the storylines have impacted on learning. It is clear that good progress is being made through collaborative planning and professional dialogue about interdisciplinary learning. Some storylines have really taken off and are ongoing. A few teachers have adapted and combined their storyline with other approaches such as rich task and big question, little question. Others can now see how they would like to adapt and improve their interdisciplinary learning through these contexts next session.