The following CNES Policies have been endorsed by the school and form the basis of our practice with our pupils. These can be found listed on the CNES Website in the following location.

In addition to this the School has the following policies available:-

The following CNES Policies have been endorsed by the school and form the basis of our practice with our pupils. These can be found listed on the CNES Website in the following location.

In addition to this the School has the following policies available:-

In the event of pupils requiring additional support from our Allied Health Professionals such as Speech and Language Therapy, Occupational Therapy, Physiotherapy, the school will complete an Inter-Agency Referral and submit it to the Department of Education and Children’s Services where it will be directed to the appropriate service. All referrals are made in accordance with the “Getting It Right for Children and Young People Policy in the Western Isles.” This Policy can be found at:

Class Teachers are not obliged to administer medicine to pupils. However, if/when it is essential for a child to have medication while in school, this will be carried out by a trained First Aider in the school  office, but only when the appropriate request form has been filled in and signed by parent / guardian. Forms are available in the school office.

Under the Childsmile programme, all pupils in the school brush their teeth each day. Over time this has been proven to reduce the decay pupils experience. The schools dental service visit the school regularly to carry out surveys and check the children’s teeth. Parents are informed in advance of any dental visits that are due to take place and then informed by letter of any dental work that is required and pupils are referred on to the Western Isles Dental Centre.

Parents should inform the school without fail of any relevant medical history e.g. asthma, epilepsy, diabetes etc. of which teachers should be aware.

Any pupil who feels unwell in class should inform the class teacher who will make arrangements to seek medical advice if necessary.  In some cases it may be necessary to send your child home but this will only be done after contact has been made with the parent/guardian/emergency contact to make arrangements, including suitable transport.

The Public Health Nurse, visits the school annually for Primary 1 health checks.  Parents are informed in advance of these medical checks and asked for their consent.

Where pupils have particular and very specific needs, members of staff, including the Head Teacher, have been trained in specific medical procedures in order to care appropriately for these pupils. The competency of   members of staff to undertake such procedures is regularly assessed by staff trainers from NHS Western Isles.

We are keen that you should be completely satisfied about your child’s education and we encourage  feedback from parents and pupils.  We are, therefore, interested in feedback of all kinds, whether it be compliments,  suggestions or complaints.  If you have a complaint about the school, please let us know.  It is better that these things are shared openly and resolved fairly rather than being allowed to damage the relationship between the family and the school.  There will be no negative consequences arising from making a complaint and we will deal with the issue as confidentially as possible.  If we have made a mistake we will apologise quickly and clearly and try to put things right.

There are some things which you should take note of in relation to making a complaint:

¨ Please make any complaints initially to the Head Teacher.  This makes sure that the school knows what is going on and has an opportunity to respond and resolve the issue.

¨ If you are unhappy with the service or with our response then you will have the right to take the matter further.  You can put your complaint in writing or fill in a complaint form. Completed forms should be sent to:

Director of Education and Children’s Services,

Further information on the Council’s complaints procedure and on making a complaint can be found at:

where an online Complaints Form is also located.

¨ If you are still unhappy after further investigation and reply you can take the matter up with the Scottish Public Services Ombudsman.  The reply will include the contact details.

1. Bernera Primary School generally discourages parents for allowing and pupils from bringing mobile phones or other valuable items to the school, on the grounds that they may get lost or stolen. If a phone or other valuable item is brought to the school, parents are advised that, where possible, the items should be marked in some way to aid future identification if lost and subsequently found.

2. If a pupil does bring a mobile phone to school, the phone must remain switched off during the school day and may not be used on school premises, grounds, or during off-site curricular activities (such as   swimming or other sports activities). The only exceptions to this will be on school trips, where the school will have the discretion to allow pupils to carry and use phones if they wish (e.g. during planned solo activities), in emergencies, or with the express approval of a member of school staff.

3. If a pupil is found by a member of staff to be using a mobile phone for any purpose, without  authorisation, the phone will be confiscated from the pupil and will generally only be returned to the pupil’s parent.

4. However, mobile phones may be returned directly to the pupil:

a) On a first breach, if it is clear that the pupil did not understand the school’s policy on the use of mobile phones;

b) In a situation where there is genuine concern that the pupil requires the phone directly after the school day on security, health and safety or similar grounds;

c) On receipt of a signed authorisation from the parent, where travel or other issues make it difficult for the parent to attend the school to receive the phone.

It may be necessary, occasionally, to close the school at short notice and send the pupils home, for example, in exceptionally bad weather or if the electricity, water or heating fails.  If parents are not regularly at home   during school hours, they should always make arrangements to have someone available to receive their children should such an emergency occur.  The school asks each parent at the point of enrolment and every August thereafter to provide the address and/or telephone number of a person who can be contacted in these circumstances.  Please ensure this information is kept updated and notify the school of any changes. 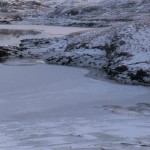 In the event of severe weather conditions materialising overnight – we will, after consulting with bus  drivers, put out a notice on Radio nan Gaidheal and Isles FM between 8.00am and 8.30am. It should be noted      however, that in the event of severe gales, the school will only exercise an emergency closure if  children are deemed to be at risk from remaining in school or if the transport operators inform us that conditions have worsened to the extent that they are unable to carry out their duties. A copy of the Policy on Disruption to Education on Account of Bad Weather may be found at:-

Parents should also feel free to contact the school if they are concerned about the safety of the  children  because of severe weather conditions and are free to call for them at any time.