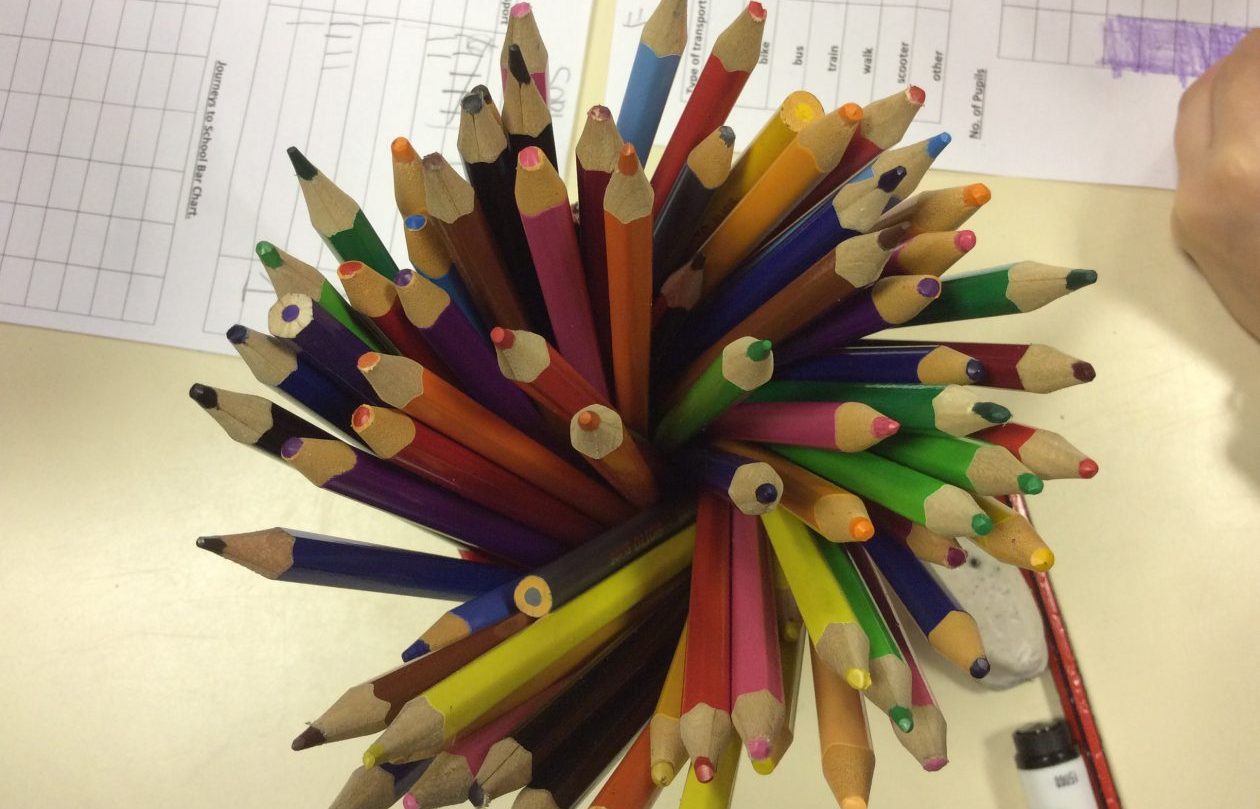 Last week we completed a number of STEM Challenges.  One involved making boats from tinfoil.  We were each given a piece of tinfoil that we were to make into a small boat.  The boat had to float while carrying three one pence pieces. 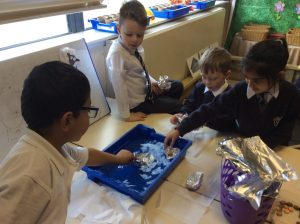 We discovered that the flatter the boat the better it floated. 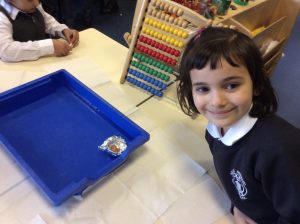 Some of our boats could carry more than threee pennies. 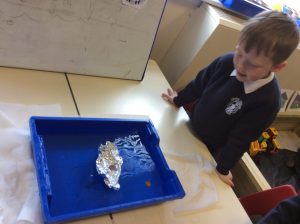 Another challenge was to build a bridge using Lego.  The bridge had to cross the river.  Lots of different boats were created – some tall and some small. 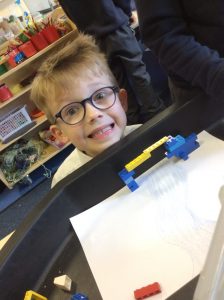 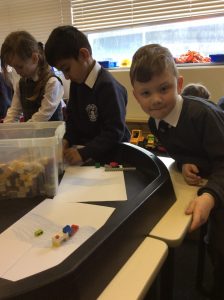 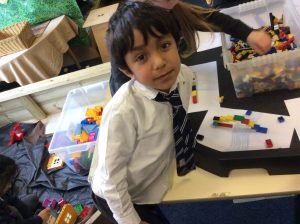 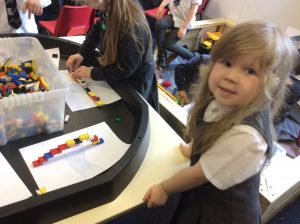 Mrs James also gave us the challenge of working out how to get a balloon to travel along a piece of string.  We came up with a few ideas, but none of them worked.  Then S…  came up with an idea that was spot on! We attached a blown up balloon on to a straw that was threaded onto the string, when we let the balloon go, the air escaped from the balloon and made it fly along the string.  (See video from previous post) 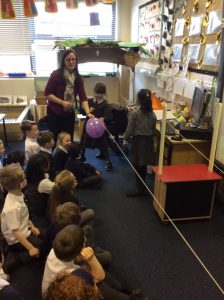