What an interesting week we have had! Primary 4 have been busy getting to work on their Google Classroom assignments. We have been busy posting assignments, replying to comments, helping each other and also, posting some independent projects we have been working on at home. For example, making cupcakes, lava lamps and spaceships! Well done P4A!

We have been carrying on our topic of the History of Newton Mearns by learning a little about how Scotland was affected by the Blitz during WW2. We found out that “Blitz” means lightning in German, which is how the Blitz got it’s name, due to the sudden nature of the attack. We learned about places near to Newton Mearns that were badly affected due to the many factories that were targeted during the bombings. We even learned about and built air raid shelters! Some people used lego, whilst others made some robust shelters out of chairs and cushions! 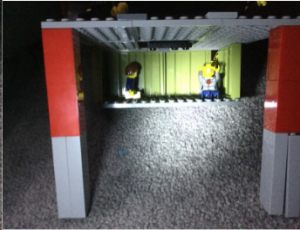 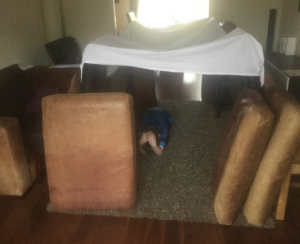 We continued our theme of World War 2 in Art, where we designed our own WW2 posters based on slogans from the war:

In Science, we continued our knowledge of Sound and Vibrations by conducting experiments. We used a spoon, some string and a solid objects to see how different sounds can travel through solid objects. When we tapped the spoon off of a solid surface, we found that it made a “pinging” sound, which vibrated through the string and into ours ears. Some people even said it sounded like a musical note!

We also started reading our new class read aloud: “The Boy Who Grew Dragons” by Andy Shepherd. We have read two chapters so far and can’t wait to read more. We think the dragon is going to cause a lot of trouble!

As well as all of this hard work, our class has been taking time to spread some joy in our community by designing rainbows and putting them in our windows.