In our art this week we have been continuing to practice adding tone to our drawings and we have also been learning about adding in detail. Today we were using the fine liners to draw pictures of the school, really focusing on the detail that we could see, such as bricks, stones and the windows. It was lovely seeing their concentration on their work and they all did a wonderful job of their artwork. Have a look at some of their results! 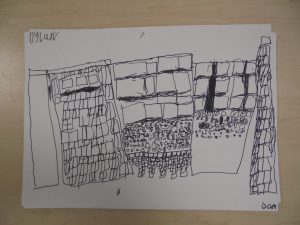 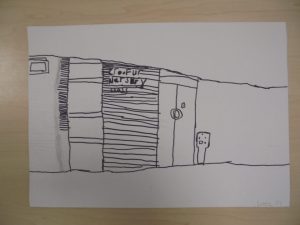 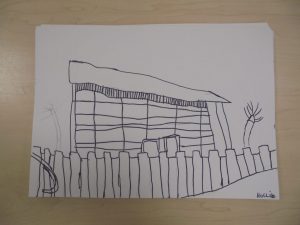 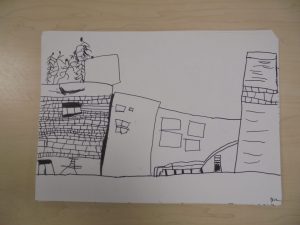 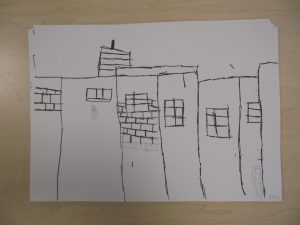 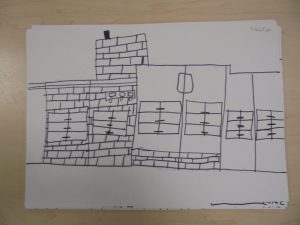 For our Wednesday PE session this week, we weren’t able to use the hall, so we did something a bit different in our class instead; some dancing and then some pokemon yoga, which was great fun. We also tried to run our daily mile again for the first time, though had to cut it short because of the rain. We will try this again next week if it stays dry enough.

Thankfully, we were still able to get outside with Miss McNair on Thursday. We played cops and robbers with her and we all really enjoyed it.

Today we were learning some of the different names for animals in French. We learned that a cat is “un chat,” a dog is “un chien,” snake is “un serpent” and hamster is “un hamster” but in French you don’t say the “h.”

In maths, two of our groups have taken a break from our focus of multiplication and division to learn about something different. The rectangles have been learning about directions, using right angled or quarter turns and creating routes to follow. On Wednesday they were playing a game on the laptops which used computer coding to direct one of the Angry Birds around the screen to squash a pig.

The circles have been learning about grid references and have been enjoying playing battleships to practice their skills when they have finished their work. They have learned a phrase to remind them of the order that they have to read grid references: “along the corridor, then up the stairs.” This reminds them that they have to read the numbers or letters along the horizontal axis first, before reading the vertical axis.

The triangles have been continuing with the work that they have been doing for the last few weeks, looking at addition and place value of Hundreds, Tens and Units.

We also had an opportunity on Thursday afternoon to watch the dress rehearsal of the P5 show school, which we thought was great and wish them luck in all their performances!