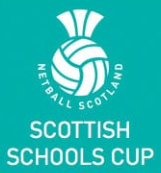 It has been another very busy session for netball at Williamwood. We had five teams enter the Scottish Schools cup and still have three competing, with two (S1 and S3) already progressed to quarter finals in their Gold and Silver sections respectively. Miss McLaughlin, Miss Hood, Mr Allan and our local club founder (Anna Beattie) continue to support the girls on a weekly basis at training and at matches. Netball continues to thrive and participation levels are on the increase. It is testament to the hard work of all players, coaches and supporters. Here’s hoping for a successful start to February for the Open B team who go up against James Gillespies High School for a place in the Silver section quarter final on the 4th.