The Communication Support Service are hosting a Halloween Fayre on Tuesday 31 October in The Street at morning interval and lunchtime.  Come along for some scary snacks, autumn crafts and much more!

On Monday 30 October, we will

Congratulations to Eva (S1) who has qualified to be part of the GB Development Squad in figure ice skating 2017/18.  This is a fantastic achievement.  Well done Eva!

A letter has been issued to all pupils in S5 providing details about an exam preparation evening on Tuesday 7 November for parents of pupils who are studying for their higher qualifications.  A copy of the letter will also be issued to pupils in S6 at their next assembly.  A copy of the letter issued can be found here.  If you plan to attend, please submit a return by Tuesday 31 October at the latest.

The PTA will be in attendance at the Careers Fair tonight selling tea, coffee and tuck items. 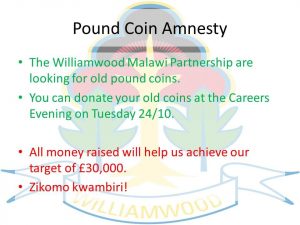 Congratulations to Logan (S5) who has achieved more amazing
success as a racing driver.

Logan will officially test a F4 car on Friday in Abu Dhabi and will be the first female race driver to debut in an F4UAE Tatuus race car as a part of the Silberpfeil Energy Dubai team at the Yas circuit in Abu Dhabi on 27 October.  Good luck Logan!

It was a fantastic night of STEM activities on Wednesday for pupils and parents from our P6/P7 associated primary schools as well as our S1 / S2 pupils.  Participators were treated to a wide range of activities such as a T-Rex mingling with the crowd to a drone being operated by voice control.  Once again, Williamwood High School would like to thank all of our external partners for supporting this event; our pupils have certainly been inspired by the wide range of inspirational and imaginative activities that were showcased.  The STEM fair has once again proved to be a successful night for everyone who was involved and we look forward to the next one.

Congratulations to Heather (S2) was awarded the Raymond Miquel Award for most promising and best performing Scottish junior girl’s tennis player. She was presented with her prize at Gleneagles Hotel earlier this month.  Well done Heather!

East Renfrewshire Council is consulting on its budget for 2018-2021.   Your responses to this consultation will help shape councillors’ decision making about how our budget will be spent over the next three years.

While the Council does not yet know its exact budget, with the Scottish Government not due to confirm the annual grant settlement until December, ERC is expecting to have to make savings in the region of £26million between 2018 and 2021.  This is in addition to £37million of savings the Council has already made since 2012.

A range of proposed savings to meet the £26million shortfall has been published for consultation and is available at www.eastrenfrewshire.gov.uk/budget.   Parent Council Chairs have been invited to a series of meetings as part of the Budget Conversation, but we are keen to hear from as many parents as possible on the savings proposals set out in the Budget Booklet, a small number of hard copies of which are available in schools or at this link.

The consultation will be open until 28 November, with the final budget being decided by elected members at a meeting of the full council on 8 February 2018.

S2 and senior girls played St Ninian’s away in the first round of the Scottish Cup tonight. S2 lost 19-5 and senior lost 40-27. Both teams were outstanding and played a very strong game against some tough competition. They each have two more games in this round before progressing onto the next stage. Good luck girls!

who won third prize overall in the design category in the Mackintosh the Innovator Design Competition. Her Billy Connelly model was brilliantly made and the judges were impressed with the concept and quality of her submission. Williamwood High School also won an overall special award for a group submission.   Stuart Robertson, one the judges commented:  “Special award for the school, especially for Billy Connolly. Love the Concept. Amazing. These would be collectables.”  Congratulations to all pupils who participated.  The art and design department and school are very proud of your achievements. 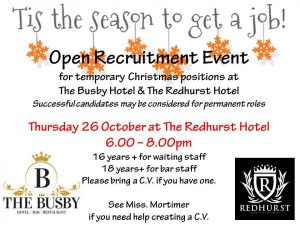 Pupils have been issued with a letter about the supported study programme.  The letter can be viewed here.  This year’s supported study programme can be found here as well as in the ‘Pupils’ section of the school website.  The timetable is not exhaustive.  In addition to this formal programme of supported study, many departments also offer informal sessions during lunchtimes, and many offer additional after-school sessions when the need arises.  Teachers will advise pupils in their classes of any such opportunities.  In order to secure the best possible results in the SQA examinations, we would urge pupils to take advantage of as much additional support as they can.  As well as supported study, we intend to offer Easter School sessions again this year.  A timetable for Easter School will be issued towards the end of February.