Again this year we have had numerous students competing in the Glasgow Music Festival.  All the students should be incredibly proud of their performances.  A special mention to Lewis Graham (S6) who was winner of the Ailie Cullen Memorial prize which is awarded to the performer who, in the opinion of the adjudicators, gives the most outstanding performance of the festival.  Congratulations also to Anna Ghiro (S1) who was the winner of the Hugh S Roberton Memorial Trophy which is presented to the most outstanding performer, under 14 years of age, in Vocal and Instrumental classes.

Congratulations to Corma O’Hara (S3) who has achieved 100 hour volunteering Saltire Award for his service as an alter server at St Cadoc’s Church.  This is a fantastic achievement and demonstrates Cormac’s dedication and commitment to his church.  Well done!

Last week, pupils in social subjects visited Iceland for 5 days. It was a fantastic experience for 43 of our pupils from S2 and S3. On the first evening, pupils were fortunate enough to see the Northern Lights as they strolled along the beautiful coastline in Reykjavik.  Another highlight for the group was the Blue Lagoon. As pupils relaxed in the outdoor pool, a hail storm rained down on them, however, they were kept warm in the geothermally heated water. On the second day it snowed heavily much to the delight of our young group. Pupils were not deterred by the freezing conditions, as they rounded off the evening with an Icelandic specialty… ice cream dipped in chocolate sauce. On the third day, we visited a number of spectacular waterfalls, geysers, a glacier and at night we went bowling. The last day involved a walking tour of Reykjavik, a small capital city with a population of less than 150,000 people. The final activity was a night time swim in an outdoor pool with flumes. This gave pupils another opportunity to experience the Icelandic tradition of bathing outdoors in volcanically heated pools, a tradition which dates back to Viking times and an experience they will never forget.  Some photographs can be viewed here. 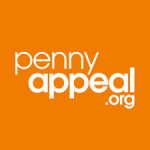 This week, Williamwood has had a very successful charities week. There have been a variety of activities such as bake sales; a very special ‘Star in the Street’ performance; auctioning off S6 and teacher slaves as well as three of the S6 pupils having their heads shaved to raise money for Penny Appeal, which is our charity this year. The Charities Committee have worked hard this week to ensure a successful and enjoyable week of activities.  Thank you to everyone who has helped make the week a success and to everyone who has made a donation.  Some photographs can be viewed here.

Scottish young people wanting to pursue studies for a career in civil engineering need not be daunted by the prospect of taking a student loan – thanks to the generosity of a retired Glasgow solicitor.

Through the Institution of Civil Engineers (ICE) Scotland a scholarship fund has been set up through a generous donation to the Institution by a retired solicitor based in Govan, Glasgow. Its aim is to remove the cost of a student loan preventing anyone from studying civil engineering.

Four awards of £4000 per year for young people aged 21 and under living in Scotland are made to allow them to study in Scotland. The award is open to full-time or part-time students as well as apprentices or students on day or block release from an employer. Each successful candidate receives £4000 per year for a maximum period of four years.

Young people for whom the cost of student debt is a potential deterrent to a career in civil engineering and those living in rural areas are particularly encouraged to apply by the end of March for courses beginning from September this year.

Application forms and details can be found on the ICE Scotland website at www.ice.org.uk/near-you/uk/scotland/awards#into_civilengineering

Our annual Young Musician competition is taking place this evening in Music Studios 1 and 2 at 7pm.  Tickets are on sale at the door at the price of £4/£2 concession.  This is always an exciting event with a fantastic standard of performance on a wide range of instruments.

Well done to the 11 S5 and S6 pupils who spent their weekend at the Model United Nations Conference at George Watson’s College in Edinburgh. This was the first time Williamwood has participated and we are already looking forward to sending another delegation next year.  Pupils were involved in debating various resolutions in committees on health, human rights and disarmament.  They then discussed the topics in a general assembly where they had to make alliances with other countries in order to be recognised by the secretaries. 500 pupils were involved (11 from Williamwood who represented Angola) with schools from all over the UK and some from abroad – Iran, Norway, Holland.

Congratulations to Rebecca (S5) and Hannah (S5) who recently represented Scotland in the under 17 netball team playing in the Netball Europe competition in Gibraltar. The team played against Wales, England and Northern Ireland and were delighted to take home a silver medal.  The team has worked hard all year and it is a fantastic achievement for the girls to represent their country.  Well done! 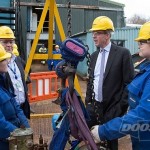 The Doosan Babcock Technical Apprenticeship programme affords you the opportunity to start building your tomorrow today. Their training programme will provide both focussed further education and the chance to work day-to-day with world class technical and engineering professionals on global projects, giving you the practical experience required to take your personal and professional development to the next level.

Based in their Renfrew offices, with your first year full time at Glasgow Clyde College – Anniesland Campus, the Technical Apprenticeships will involve an element of academic work; as such we will need you to meet the following criteria:

Opportunities are available within their Asset Integrity business which includes but is not limited to;

Doosan Babcock are interested in recruiting apprentices with ambition and a professional attitude towards their work, the company and training and development, who will demonstrate initiative, communicate effectively and will embrace a teamwork ethos. There will be a requirement for some travel across the UK.  In short, they’ll provide the opportunity; you provide the talent and ambition!

Doosan Babcock offers a competitive rewards & benefits package with a starting salary of £12,000p.a. In addition to this you may be given the opportunity to extend your studies to degree level on successful completion of your modern apprenticeship.  Follow this link to apply: https://www.networxrecruitment.com/Jobs/Advert/326664?FromSearch=False  See Miss. Mortimer for help with your application; closing date 13 May 2016.

Congratulations to Katy who achieved third place at the gymnastics Acro competition.  Katy has also been selected to represent Scotland at the end of April.  Well done.  This is a fantastic achievement.

A group of S2 pupils have spent the day as BBC School Reporters. They researched, planned, wrote and filmed a range of stories on the breaking news of the day and the topics that they care about. You can see their stories here:
https://blogs.glowscotland.org.uk/er/wwhdepartmentenglish/bbc-school-report/

Congratulations to all pupils who participated in the Scottish Schools Cross Country Championships 2016 in Irvine on Wednesday 9 March.  Congratulations to Andrew Love S5 and Lynn McKenna S3 who have been selected to represent Scotland at the Schools International Cross Country Event to be held in Falkirk on Saturday 19 March.  The school teams had a very successful competition with the following results: