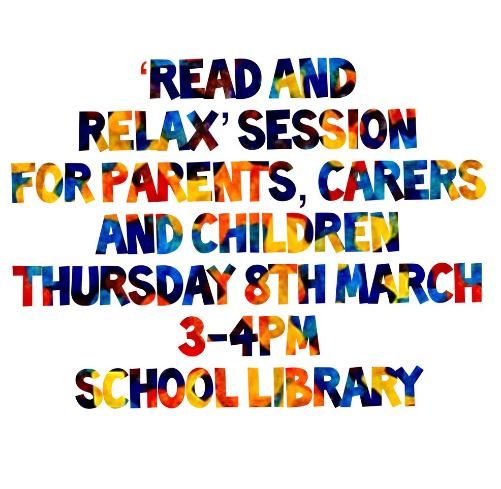 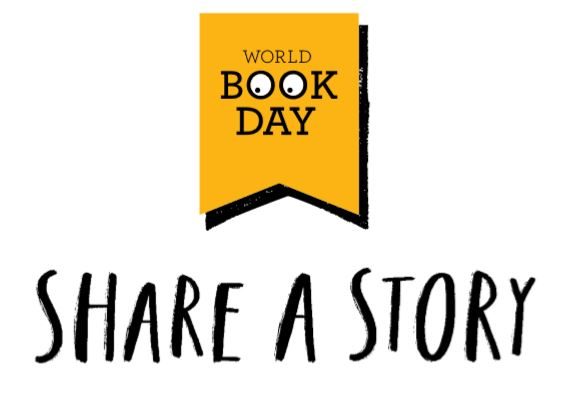 If you find yourself snowed in today, go ahead and celebrate World Book Day anyway and find time in the day to share a story, to read, to enjoy books.

You can also visit the World Book Day website, they have fantastic activities and live events throughout the day. Here are a few of our top picks from their website.

Primary 4, 5 and Primary 6 enjoyed a special visit from Angela Proctor this morning. Angela read from her book and also involved the children in some imagination games to really get there creative brains working!

More about the books

The series is an excellent and imaginative tale set on the Isle of Arran following the adventures of a little witch, Thumble Tumble. The second book in the series of eight novels was published on Halloween with the first, Thumble Tumble and the Ollpheist proving extremely popular for all primary aged children. 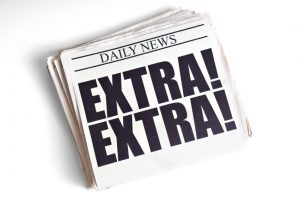 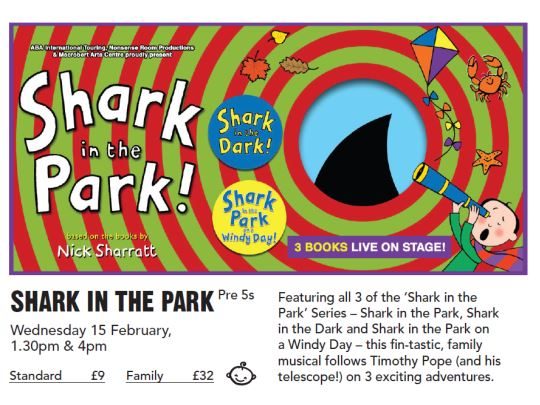 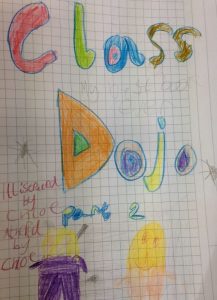 Chloe has been very busy writing her sequel to Class Dojo.

She is very proud to present Class Dojo Part 2

When they drank the potion they never died because it was the wrong one and they took the tag  off the bottle.The bottle had changed. Riley said “Noooo” Sofia said  “Nooo” too. They were really angry! It was Chloe , Poppy, Charlotte and Keira who changed the potion. They took the poisonous potion away. 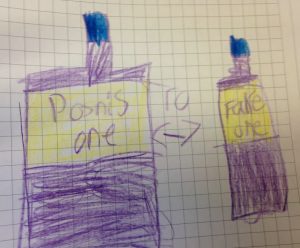 Then Chloe, Poppy, Keira , Charlotte and everyone else except Riley and Sofia made a dance to celebrate.

Riley and Sofia started to cry because they were really sad. They cried so much they made a pool….in the school! 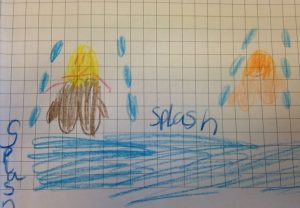 Riley and Sofia were begging Chloe, Poppy, Keira and Charlotte to be in their team. Chloe and Charlotte felt sorry for them and said “Yes”. Poppy and Keira said “No”. 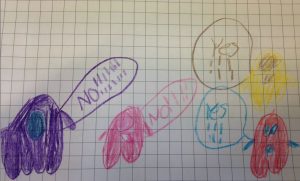 Then a fight began and Sofia said “How about Chloe and Poppy play rock, paper, scissors” So that’s exactly what they did! Chloe said “Paper” and Poppy said “rock”. Riley and Sophia made the good team! 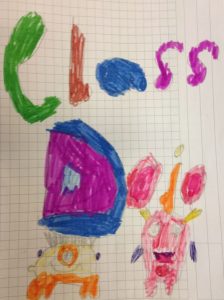 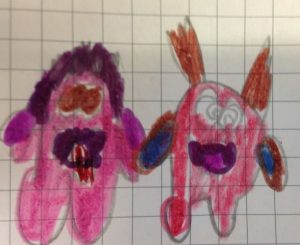 The other monsters were really scared of Riley and Sofia so they ran back to class. “Phew” Chloe said. “That was a close one” said Charlotte. “They nearly got us!” said Keira. “I hope we never see them again” said Poppy. But then they noticed Riley and Sofia’s name tag across from them… 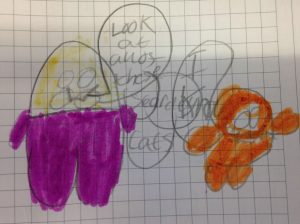 When they came in they said “Drink this”. Before they gave it they took a tag off the bottle that said POISON. Then the bell rang and they were too late. Then the teacher came in. They started doing lots and lots of maths.

At breaktime they drank the poison potion and… 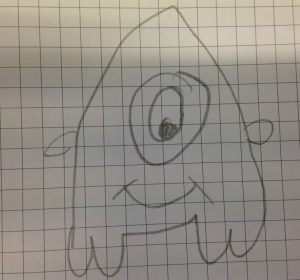 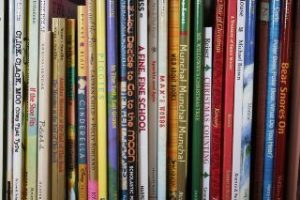 The October week is a fantastic opportunity for pupils to continue their reading journey.

You can also share your reading adventures with us throughout the week and beyond. Why not tweet us any photos, books your child is reading, recommendations of books you loved as a child or any other reading activities you take part in to @stjohnsERC 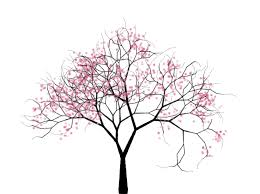 Erin has been learning how to engage a reader by describing what she can see, touch, hear and smell.

As I looked all around me I could see blossoms everywhere that had fallen off the trees. To my right and to my left I could see thin, tall, brown blossom trees. Above me I could see the blue, crystal-clear, crisp, sky with fluffy white clouds, rolling in front of the sun. Underneath me I could hear the blossoms singing as I walked on them. What a magical place! I thought to myself. Suddenly out of nowhere a little girl about the same size as me appeared beside me (she was the blossom princess). She wore a white layered, puffy, long dress, it was pink with pink blossoms at the bottom. She was skipping alongside me. I was walking on a blossom path that had fallen from the trees. Then I looked up and saw that the clouds in the calm blue sky had turned pink, and funny little blossom men were walking about as well. They were humming happily. I could smell the sweet blossoms and flowers.

Our school opening hours are 9am until 3pm. 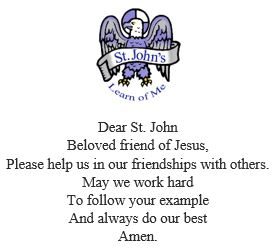 St John’s is a Fairtrade School