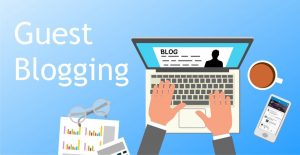 From time to time, we will post blog entries from Parents/Carers about particular aspects of their children’s experiences at Busby.  We might also have contributions from some of the Business Partners who support the work of our school.

DYSLEXIA- The Future Is Bright

‘Finn is dyslexic’. Three words that some parents may consider to be difficult to digest. For me, it was a huge relief. A relief, because as a parent of a child that is struggling in some ways, it gives you a basis to work with. It gives you the starting blocks to push off from, to find that adrenaline kick that you need to understand that there is a finishing line that all parents are aiming for, but that whilst another child is good at the 100m, my child is more capable at the hurdles (and they have the resilience, to boot). My name is Nuala, and I am the mum of 3 children, 2 of whom are dyslexic.

In hindsight, Finn may have shown classic signs (if there is such a thing). He struggled with identifying colours at nursery, and to this day takes forever to tie his shoe laces. He sometimes has no clue what time of day it is, and will do anything to avoid reading, whether it be to make a call rather than text, or to put on a pair of headphones and listen to an audio book, rather than pick up a paperback. Other classic signs include his amazingly advanced oral skills, with his ability from a young age to hold extremely engaging conversations with anybody, from younger kids about Horrible Histories, through to adults about his thoughts on the Gaza Strip. His source; audio and visual learning. Whilst my son may not be able to remember what he’s just read in the sentence he’s just struggled to read, he will be able to educate you, in great detail, on the hour-long documentary that he has just watched.

Maisie, on the other hand has a completely different DLP (Dyslexic Learning Profile). My opinion is (which may not be the opinion of BPS), that she would have been one to ‘slip the net’, as standard, younger siblings of a dyslexic child are automatically tested. Knowing this would be the case, I spoke to the school in advance, as I felt that Maisie was showing classic traits in daily life, whilst she may not have been struggling in class. The first test came back unconfirmed and the 2nd test, at the end of P4 came back as positive.

As a parent of one dyslexic child, I’d learnt that dyslexia isn’t necessarily about struggles with reading and/or writing as many people may think, but there can be other challenges which make a parent’s life more interesting (you may say!), such as sequencing. For example, try asking Maisie to go upstairs, make her bed, put her dirty clothes in the wash, and brush her teeth, and 9 times out of 10 I will pop upstairs 20 minutes later to find her in her own little world, having completely forgotten what I’d asked her to do! Every single school day from the beginning of P1 to the end of P5, she would come downstairs fully dressed without her tie. I would even send her back upstairs to put it on, and she’d come back down having forgotten what I’d asked her to do. Funnily enough, she always remembers on a Tuesday to go to school dressed in her gym kit!! Both my dyslexic children have an amazing ability to have a 100% (plus) memory re-call on topics that interest them, anything else just doesn’t cut the mustard. Maisie reads very competently but slowly, and in turn, has amazing comprehension.

Whilst I will continue to stress on a daily basis on behalf of Finn, until the day he leaves school, I have every confidence that both my children have a very successful future ahead of them, because dyslexia gives them both the skill set to see the bigger picture, and to look at situations from all angles. They are used to taking a different route to get the end result, which allows them opportunity to think differently. They educate me on a daily basis on how they see things, and how they sometimes don’t see a problem, when I do.

They are both mavericks in their own way. Finn has always had an interest in food, and has shown a great talent for cooking at WWHS, and at 15 years of age, can be found working in Eat Deli on a weekend splitting his shift between the kitchens and the café. Maisie continues to flourish in the classroom, and outwith on the netball court or the football field, and I muse with great interest, which direction WWHS will take her in over the next few years.

As a parent discovering that my first child was dyslexic, the biggest obstacle that I had to overcome was how alone I felt at first. The school aren’t able to give you details of any other parents in the same position, and it was through a process of elimination – ‘Finn, who else does Toe By Toe in your group’, and ‘who else is taken out of class for additional help’ – that I was then able to approach some parents in the playground. Fast forward 7 years, and I am on the committee for the East Ren Branch of Dyslexia Scotland, and am here to support other parents in that same position. Dyslexia doesn’t need to be a struggle given the tools, and the understanding of what works for your child. The future is bright.

DESIGNERS AND ENTREPRENEURS OF THE FUTURE!

This year i have been involved with Busby Primary’s Skills Academy. I have had the opportunity to bring my experience of working for Orli Jewellery to the Design & Manufacturing group led by Mrs McLean. Each block has consisted of a mixed group of P5, P6 & P7 children. I have been able to visit twice per block and on the first visit we have focussed on telling the children about the business, how it started, how it grew and expanded. We aim to give the children ambition that they too, could start their own business. We look at overheads, pricing and show the children how they will need maths after they leave school. We discuss the whole process from receiving orders online through the website, how they are processed, hand made on the premises and packaged and dispatched. The children get an insight into production and how something they can order at home, makes it through their letterbox.

On my second visit the children get some hands on experience! We give them the choice of a charm and some chain and they must think about what they would like to make and to which measurement. This gets the children thinking, adults will need a bigger bracelet to fit their wrist and so problem solving comes into play. Once they have successfully manufactured their item they must try it on, check it will fasten, Is it the correct length? Then they will work out how to make adjustments should they need to. The children love this activity and work hard to make it a success. They feel a great sense of pride at seeing their finished piece. In later blocks we have started giving the children blank boxes for them to think about design and packaging. They again enthusiastically do this task. I also feel I have gained a lot from working with the children and they have given lots of feedback and ideas which I have taken back to my workplace.

I had the honour of being invited to Busby Primary school to teach the children about the amazing world of animation.

With over a decades experience in the computer animation field it was really rewarding to spread some knowledge and drum up excitement in some future artists.

I took the group through a short history of key animation techniques, so they could better understand how some of their favourite characters, TV shows and films are made.

The enthusiasm, excitement and interest from the whole room (teaching staff included) was really amazing. There were questions throughout the session, which was great, as their thirst for knowledge was evident.

Their eyes were opened to the number of stages, different skillsets and talents that go into making every single frame of these beloved characters.

The feedback I received from the children was truly heartwarming, and I look forward to doing it again soon. 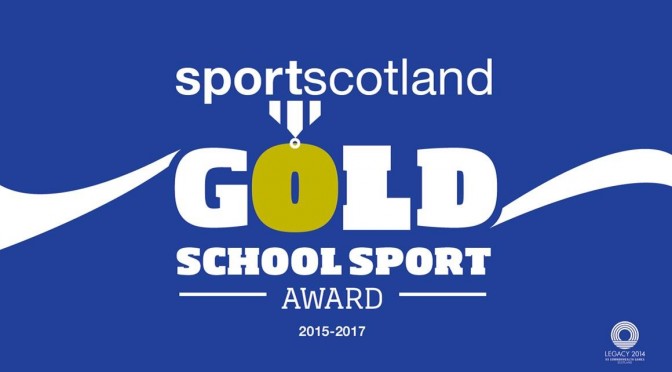