Well done to our netball team that came a very close 2nd last the Ayrshire Finals on Friday. They showed hard work and dedication in their training. They made our school very proud with their sportsmanship and positive attitudes throughout the tournament. Go Team Shortlees! 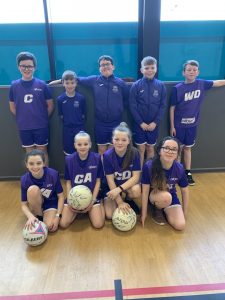 We have been having a ball in PE working on our balances, rolls and jumps in gymnastics. Have a look at some of the amazing team work going on in the gym hall over the past few weeks! 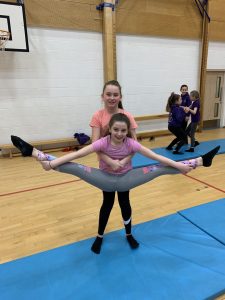 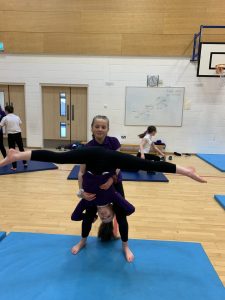 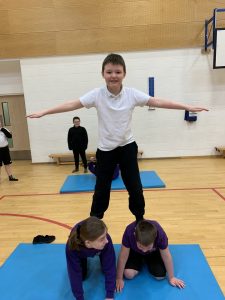 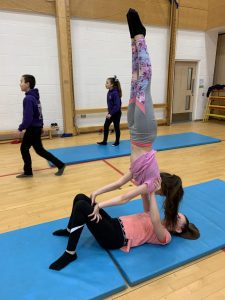 A massive congratulations to our P4 badminton team who came 1st in East Ayrshire. Their teamwork was outstanding, well done! 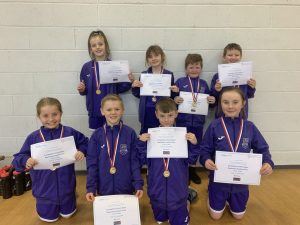 Well done to our P5 basketball team who came 3rd at the East Ayrshire Basketball Finals. They put in a lot of hard work and it clearly paid off. 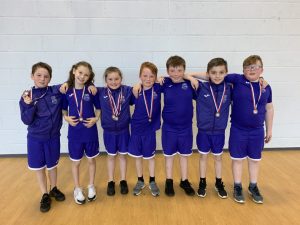 We are pleased to announce that we were awarded the ‘Excellence in Sport’ award by Active Schools. This was as a result of our performances during the Active Schools Competitive Calendar, where we scored a massive 555 points – the highest in East Ayrshire!

Well done to all the pupils who participated at ‘Grange Rock’.

We would like to say a huge thank you to Jo Clark and Alana McLaughland for all their hard work. 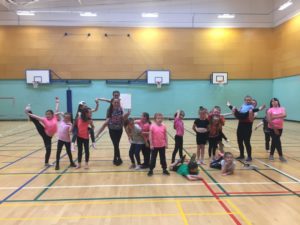 We are very proud to announce that the girls football team are now champions of East Ayrshire; winning all their matches in both festivals. This is the first competition of its kind in East Ayrshire and we would like to congratulate all the other schools that took part (Nether Robertland, St. Andrew’s, Crosshouse & Gargieston) We wish all our P7 girls who will be leaving us in the summer the very best of luck and to never give up playing! You have been a credit to our school

The P5s have won the Tri-Golf finals! We are so proud of our pupils who managed to secure 7 high scores out of a possible 8 events. They absolutely smashed it!

A massive well done to our P4 tennis stars who came 4th at the Active Schools Tennis Finals. 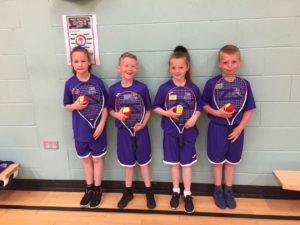 Well done to the netball team who came 3rd in the Netball Championships. Another fantastic achievement – go team Shortlees! 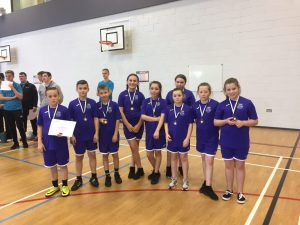 We would like to thank all 65 of the carers, grandads, grans, dads, mums, uncles, aunts, brothers and sisters that came to our open week for Physical Education. We hope you found this both informative and enjoyable. It was good to see so many of you willing to participate.

A huge congratulations to our basketball team who were crowed champions of East Ayrshire in the finals today at the new Ayrshire College. The team were unbeaten in the seven matches that they played winning six and drawing one in a closely fought competition. They demonstrated a high level of skill and displayed a positive attitude throughout, showing great sportsmanship and self belief. We are extremely proud of their achievement, which builds upon the recent success of the badminton team

A huge congratulations to pupils from across P3-5 who came 1st place in the Badminton Finals at Stewarton Sports Centre. A very proud moment!

Our P6 class participated at the Rugby Festival, organised by the Kilmarnock Rugby Club, where they got to meet men and women from the  Scottish National Rugby Teams also.

Boys and girls from the P4-7 football teams have just been on a dream trip. Firstly, receiving training from professional coaches at Bolton Wanderers Training Facility. Secondly, visiting The Etihad Stadium for a quick tour. Finally, going to watch Man Utd in their UEFA cup tie with Fenerbache, where there were lots of goals to celebrate! An absolutely marvellous experience for all who attended.

The athletics team won their heat at the recent Sportshall Championships and achieved  the 5th highest score of the 28 schools that entered. Go Shortlees!