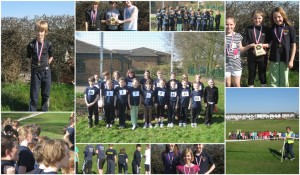 This year’s Annandale and Eskdale Primary Schools’ Cross Country Competition was held today at Lochmaben Primary, and it was a glorious sunny day.

Many thanks go to Mrs Mannell, Mrs Foster, Tina Lockart and anyone else involved in organising this well run event. Thanks to Lochmaben Primary for hosting this event. Thanks are also due to Mrs Robson for organising the bus, correspondence and sorting out the class’s smart t-shirts with our school name on the back (see below), and for washing them, to Mrs Park for putting on and taking off the numbers and support today and finally thanks are due to the Mums who came along and supported the school.

P4-7 also deserve a pat on the back for all of the effort they have put in before and during this event, including some great cheering on of their class mates. The pictures below are highlights of the day. I’ll post further slide shows of each race.