I cannot believe that is another week done in Primary 2/3E, it seems like we were just getting started.

New skills were learned this week in literacy. In writing we have started looking at writing reports. This is something that we will focus on for a few weeks.

To start us off we wrote a report on The Terracotta Army. Using our knowledge about the Terracotta Warriors we wrote an introduction and then expanded on our knowledge. We tried hard to recall facts and worked hard at writing things in a logical order. 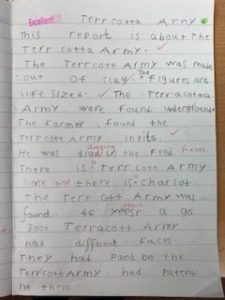 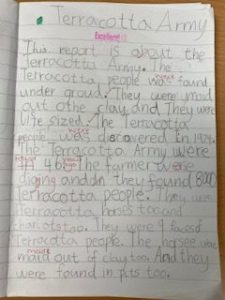 Next week in our writing we are going to start our Christmas Writing, our report will be on Christmas Trees and looking at the history behind the Christmas tree.

This week we revised weighing using non-standard units such as cubes and looked at the 1kg weight. We used vocabulary such as lighter/heavier than 1kg and estimated and then weighed various objects such as:

A bag of sugar, some rice, a bag of carrots, paint and potataoes.

“The potatoes were lighter than 1kg” Melissa

“The carrots were heavier than 1kg” Becky

“The rice and the sugar were exactly 1kg” Kendal 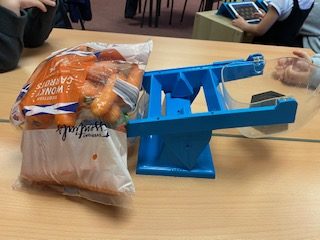 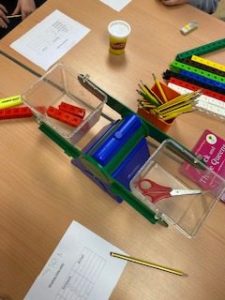 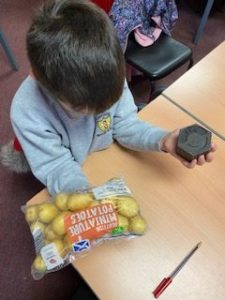 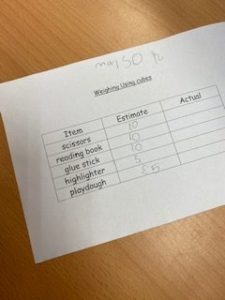 For money this week we worked hard on identifying specific coins that make specific amounts. For example- 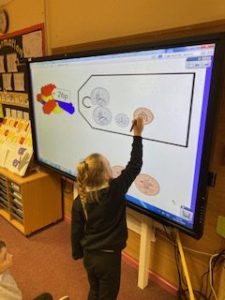 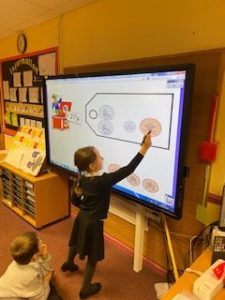 This week in our EmotionWorks programme we were revising the 5 cog model. The children are building on their knowledge of each cog, what the cog represents and how it can impact on them.

This week the children had to identify 3 things for each cog that related to them. Eg 3 emotions that they feel regularly, 3 triggers that cause an emotion, 3 emotional behaviours that they do, 3 regulation strategies that help them and 3 body sensations that they have encountered.

The children showed an excellent understanding of the 5 cogs and were able to link their own lives to the 5 cog model.

Have a look at some of our work. Mrs Cuthbert was very impressed with our work.