This week we learned the sound ‘z’ The action is a bumblebee. 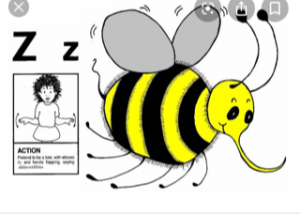 Our shared text this week was Someone swallowed Stanley. Stanley was a plastic bag. The sea creatures thought he was a jelly fish. A turtle, a whale and the seagulls tried to eat him.

The Turtle started to choke on the bag. A boy helped the turtle. He said that plastic bags d not live in the ocean. They can kill animals.

In our writing this week this week we wrote about Sea turtles:

“Some people try to hunt the sea turtles’ Isla

“The leatherback turtle is the biggest turtle” Celestan 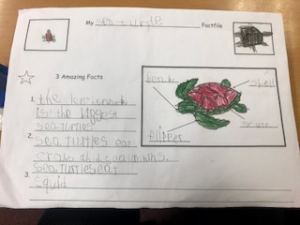 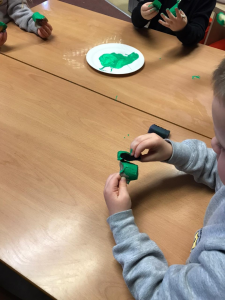 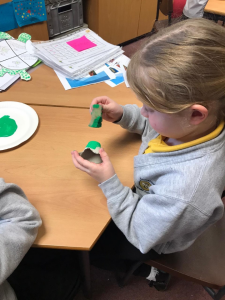 Our focus this week has continued to be money and fractions. In money we looked at how we work out change from 10p.

Next week we are going to extend our learning and look at adding coins to 20p.

“a half is 2 equal shapes” Darcie

“a quarter is 4 equal parts” Cooper

In IDL we have continued to learn about under the sea creatures. This week our focus was on Sea Turtles. We learned lots of facts about them and we wrote a fact-file on Thursday during writing. Mrs Cuthbert was very impressed with how hard we were working. 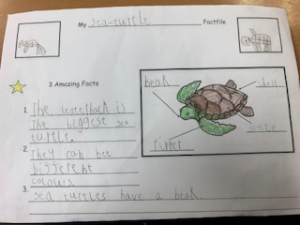 “There are 7 different species of sea turtles” Darcie

“The leatherback turtle is the biggest of the sea turtles” May