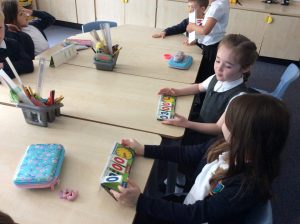 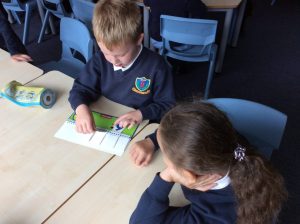 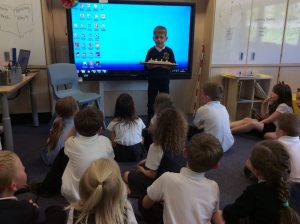 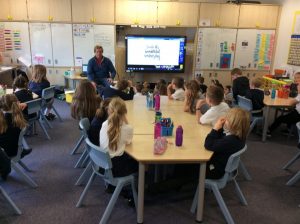 “A farmer came and he was telling us about farms and animals he has on a farm.” LH 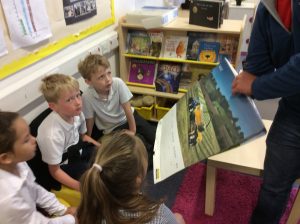 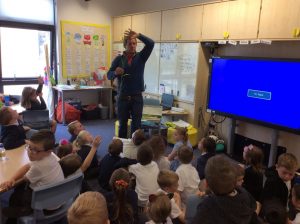 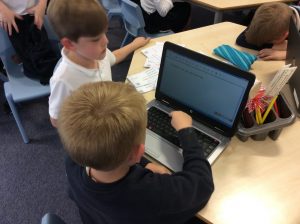 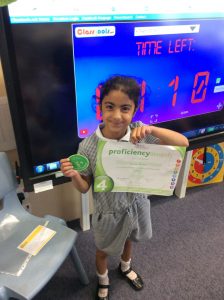 “We had Show and Tell with AA. She brought in two certificates. One was for gymnastics.” LR 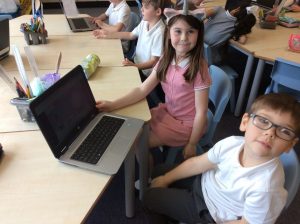 ” We were writing messages to Ohad on Clicker 7″. AW 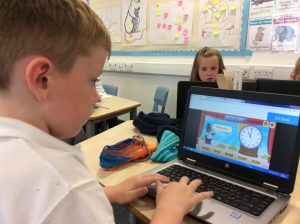 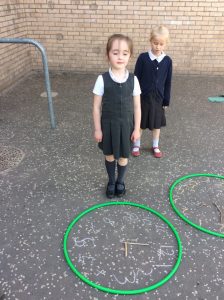 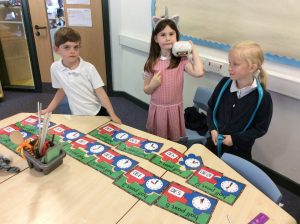 “We were learning about telling the time with some clocks. We were having fun.” AC 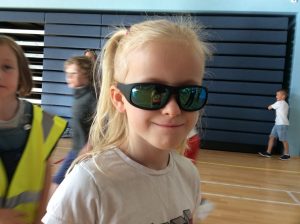 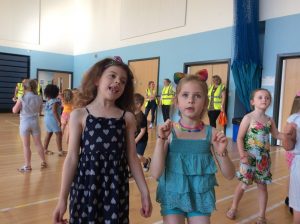 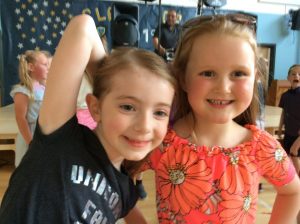 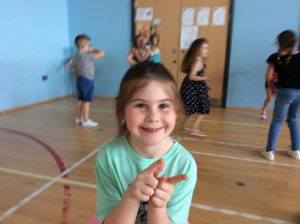 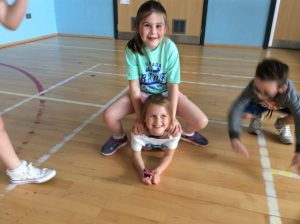 “Abby, Hanna, Liam and I were taking photos of each other when we were at the summer disco.” GC 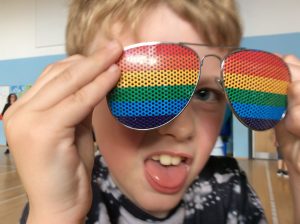 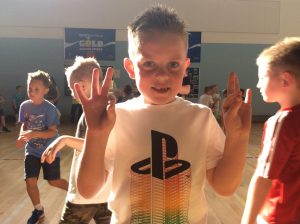 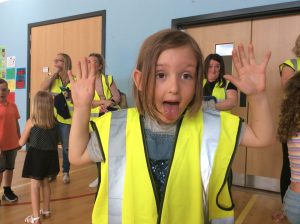 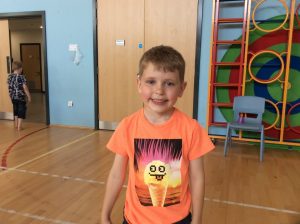 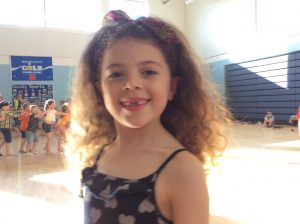 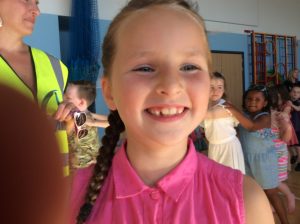 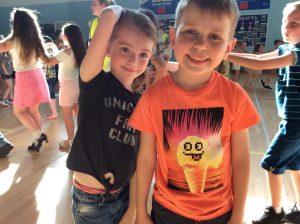 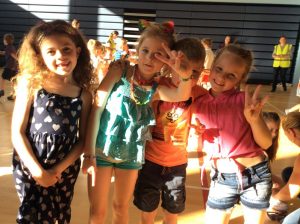 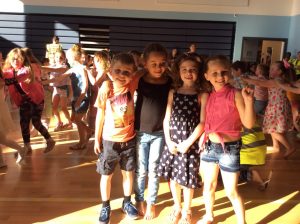 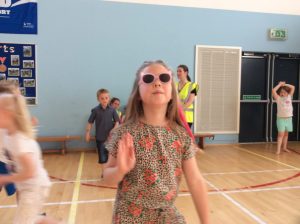 “At the summer disco Liam took a picture of Abi, Bryce and I. We were kneeling on top of each other and doing piggy backs.” BR 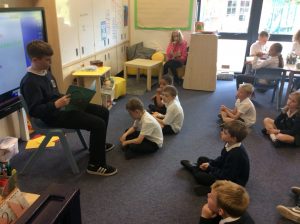 P7s came to our class and H read us a story. Thank you H! 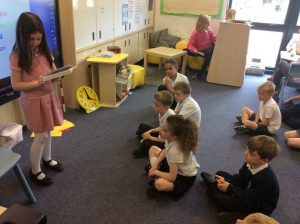 “Beth brought in a joke book and it had lots of jokes in it. She made up her own joke and it was called “knock, knock… who’s there? Doughnut. Doughnut who? Dough not open the door, I’m getting bored!” JP