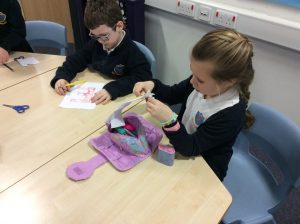 “We were having soft start and at soft start I was drawing. After that we made valentines cards. We were decorating the cards with paper hearts. We were folding paper, drawing half of a love heart and cutting them out. We learned that hearts are symmetrical.” (Euan, Rory and Abi J). 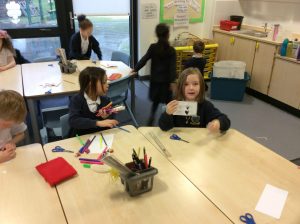 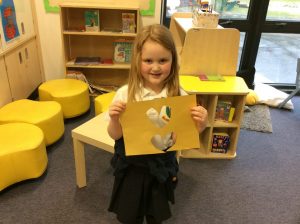 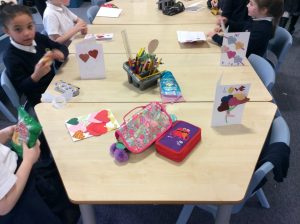 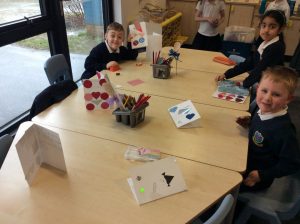 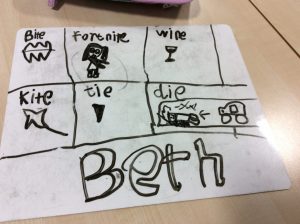 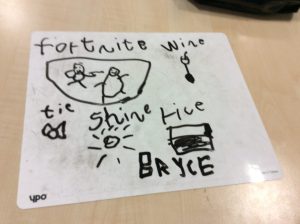 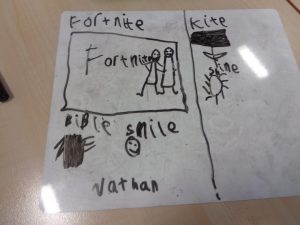 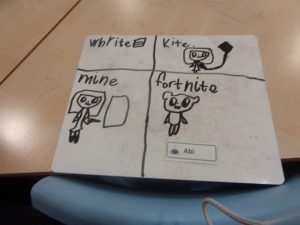 “We were writing our words on the whiteboards with the pictures. Our sound was i_e. We have been writing i_e words with playdough and on whiteboards.” (Joseph and Kayla). 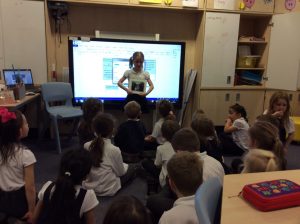 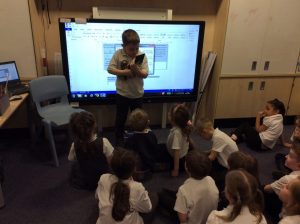 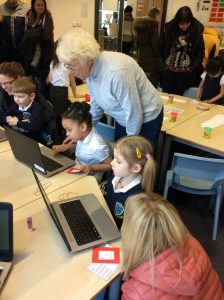 “We were showing our mums and dads our class and we went on the laptops and showed them sumdog. Outside we were doing symmetrical pictures with chalk and me and Járed drew Járed’s mum, and we drew a line of symmetry by drawing lines with chalk down the middle” (Bryce, Járed and Riley) 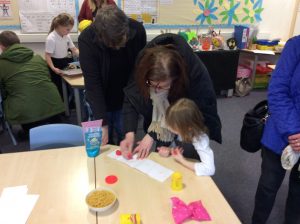 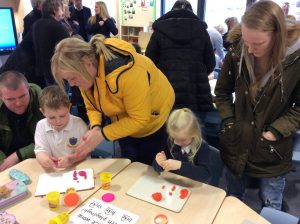 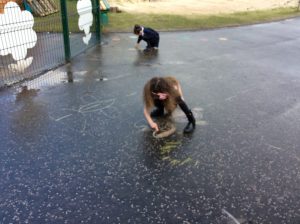 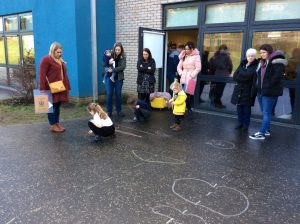 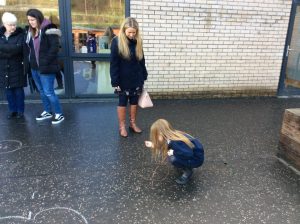 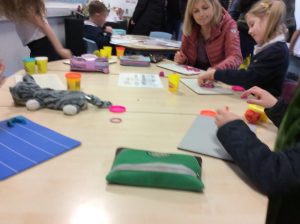 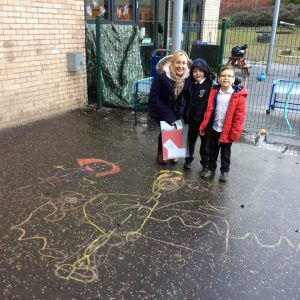 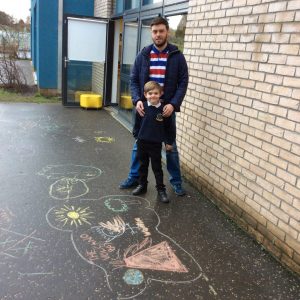 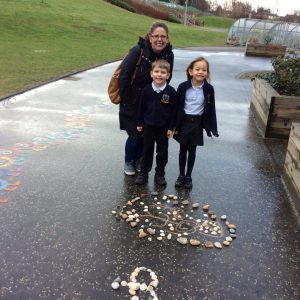 “Annabelle and I made a picture of my mummy and we put rocks and shells around it”. (Liam)