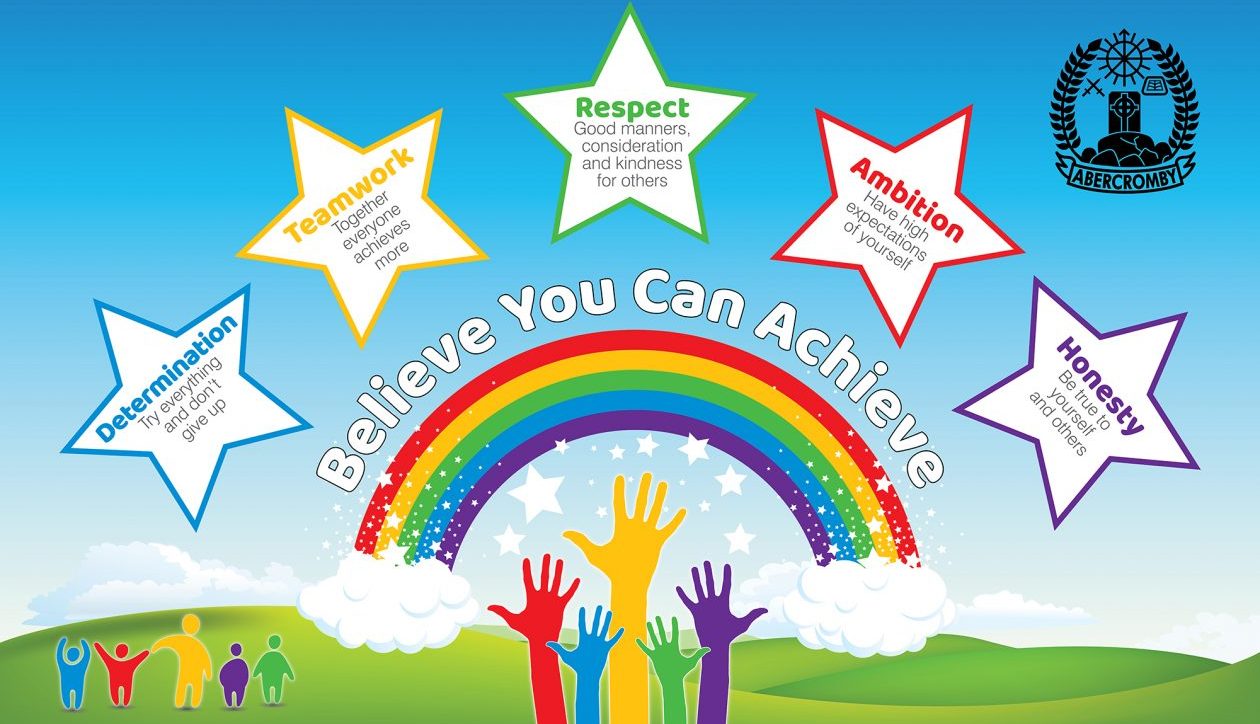 Our Context for Learning in P4W is Charlie and the Chocolate Factory. We have met lots of characters and wrote some descriptions about them using adjectives and similies – Augustus Gloop is the fattest and greediest person in the world. Charlie  Bucket is very poor, Veruca Salt is very spoiled and Mike Teevee likes to watch TV.

We did some drama in class. We had to act out a part that we liked in front of the class and everyone else had to guess which part of the book it was from.  The popular scene was when all the old people were lying in bed!

We have learned some French like how  to say  hello, goodbye and my name. We have also learned how  to count to 20 in French. We went on a number hunt outside to match numbers up with the French words.

By Neve and Kieran

Believe You Can Achieve