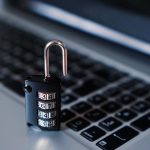 We are used to using Glow, logging off and all the apps we were using in Glow would also have been logged off, however changes are being made by Google in the way browsers operate and which may have an impact on apps within Glow, particularly around the single sign-out functionality.

In simple terms this means if you are using any app  in Glow where you have to log on, then when you are finished working in the app to take a few extra seconds to log off. Doing this will keep your data and yourself safe and is good Cyber Safety hygiene.

It is very easy just to close tabs on a browser when you are finished using a website, however this means the website you are using, may still keep you logged in, and on a shared computer someone may access your data.

it is so easy to close websites, and it should be a routine operation.

the video below shows how simple it is in the first instant to simply close a tab, but then the user goes back and completes the sign out process, in just a few seconds.

We’ve doubled the number of Safer Internet Day supporters in Scotland in two years. But we can do more!

Last year, 42% of teachers involved in the Day said it led to disclosures of potential safeguarding issues online (see attached report). Please join us, and over 140 countries around the world in celebrating Safer Internet Day on Tuesday 11th February 2020, or during Cyber Scotland Week.

Access your free education packs here, and please don’t forget to register as a supporter (so we can demonstrate to funders the impact and reach in Scotland

SCHOOLGIRLS will be able to test their cyber skills against those of local rivals for the first time thanks to the introduction of regional heats in a flagship National Cyber Security Centre (NCSC) competition.

The CyberFirst Girls’ Competition is the NCSC’s free to enter contest for girls aged 12 to 13, who are invited to form teams and take on a series of online puzzles and challenges related to cyber security.

The NCSC, which is a part of GCHQ, launched the competition in 2017 with the aim of developing the next generation of cyber security professionals and encouraging more women in particular to consider a future career in the industry. So far more than 24,000 girls have taken part.

Previously, the girls competed in an online round before the finalists met. For the 2020 competition, the opening round will be followed by eight semi-final heats taking place simultaneously from Scotland to the South West, with each regional winner meeting in the final.

Registration for the 2020 competition opens in less than 50 days’ time, and it is hoped that the new regional focus will tap into even more of the country’s potential cyber security talent.

“The CyberFirst Girls Competition is a great introduction for young people to cyber security, and since its launch it has gone from strength to strength.

“While the competition continues to grow in popularity, we want to make sure we’re drawing on talent from all parts of the UK, and the introduction of regional semi-finals will help us do that.

“I hope this new format will encourage more schools than ever to get involved, and to help us build the diverse workforce so crucial to the nation’s future cyber security.”

Registration for the 2020 CyberFirst Girls Competition opens on Monday 2nd December and is open to girls from S2.

The highest scoring teams from the opening round will go through to the semi-finals, taking place on February 8th in Scotland, Wales, Northern Ireland, North of England, Midlands, South West, South East and London, with the final on 15th and 16th March in Wales.

12,000 pupils took part in the 2019 competition, which tested their skills on topics from logic and cryptography to networking and online safety. Of the girls who took part last year, 98% said they would like to learn more about cyber security. 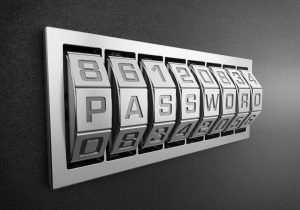 Information around free CLPL opportunities in Online Safety.  (There would be costs for your school in cover and travel if you choose to attend a course))

The programme is about bringing online safety education and approaches up to date and moving to a focus on supporting digital citizenship. The programme is for any educator, any discipline, from early years to 18, across Scotland.

Funded and endorsed by Education Scotland, educators can attend a free one-day training event at venues across Scotland, or can book onto two twilight webinars instead. There are also delivering a programme of focused webinars on key topics. More info and booking here: www.swgfl.org.uk/scotland.