Learn how many people have been into outer space, who has spent the longest time in space, how many astronauts have been to the Moon, what it takes to become an astronaut and much more. 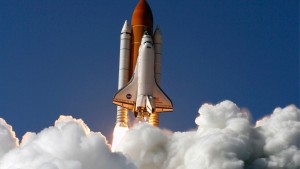 What is an astronaut? 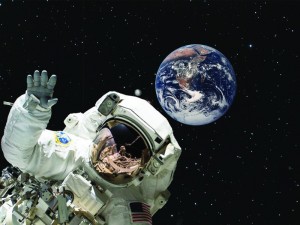 An astronaut or a cosmonaut is a person trained by a spaceflight program to lead, pilot or be a crew member of an expedition to space on a spacecraft. As well as being used to describe a professional space traveller, the term astronaut or cosmonaut is now often used for anyone who travels into space, such as scientists, politicians, journalists, and tourists.

When do you leave Earth and hit Space?

The World Air Sports Federation (FAI) says any flights that reach a height of more than 100 km (62 mi) enter space. The USA awards any astronauts who travel above 80 km (50 miles) with astronaut wings. The “edge of space” is scientifically accepted to be 100 km (62 mi) above sea level at the ‘Karman line’. From June 2013 532 people from 36 nations have been above the Karman Line and therefore have reached outer space. “ 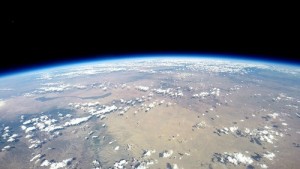 The first person to reach space was a Russian man called, Yuri Gagarin. He got there in 1961 on a spacecraft called Vostok 1. He orbited Earth for 108 minutes.  The first woman in space was also Russian. Her name was Valentina Tereshkova. She did this in 1963. She orbited Earth for nearly 3 days aboard a ship called Vostok 6. One Russian man, , has been to space 6 times including on two International Space Station trips and has spent a total of 803 days, 9 hours and 39 minutes (or 2.2 years) in space. This is more than any other human who has ever lived. Jerry L. Ross and Franklin Chang-Diaz have been into space a record seven times each. 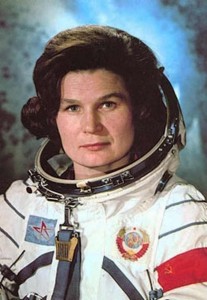 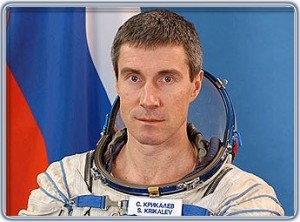 12 men have walked on the moon including Neil Armstrong and Buzz Aldrin. They are very famous as they were the first two to do so.

The farthest an astronaut has travelled from Earth was 401,056 km (249,205 mi). This was completed by Jim Lovell, Jack Swigert, and Fred Haise, aboard Apollo 13. Throughout spaceflight history 18 astronauts have lost their lives during four tragic space flights. 11 other people have lost their lives training for spaceflight. It is a dangerous job and only some very lucky and keen people get to actually go to space. To become a NASA trainee, you have to be a US citizen and you must pass a strict physical exam that doctors test you on. You have to have perfect eyesight and good blood pressure. If you are selected you then have to spend 20 months training in a variety of areas. To create situations similar to spacewalks and to test equipment astronauts often have to train underwater in swimming pools here on Earth.

What is a spacewalk?

A spacewalk isn’t just going for a walk. It is the name for when astronauts leave their spaceship to go out and fix things that are wrong with their spacecraft. Anyone astronaut that does this has to use between  70 and 110 tools to complete the tasks. 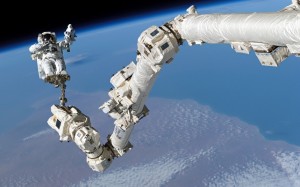