Pupil of the Week:

Firstly, well done to our pupil of the week for this week Jack Quinlan.  Jack demonstrated Abbotswell school values again and again this week by working independently, being motivated to meet and exceed his targets and caring for others.  Well done!

This week’s homework is on google classroom as usual.  The literacy work is spelling words which are tested every Friday.  Learners will receive a paper copy of these from me on Monday so they can take them home and do what they wish to do to learn them.  This could be copying them out each night, playing games with them or having someone quiz them on them.  All learners have a mix of words with a similar sound or letter (so that they are easier to remember and learn) and words that are tricky or that their class are misspelling in other lessons.

For numeracy the learners all have paper copies of the 11 and 12 times table to learn and if they have access to the internet at home they have challenges on both Sumdog and Education City apps/websites they can complete.  They should have taken home these passwords previously but please contact me if they are required again.

For Topic this week the learners have a quiz to complete as part of our “Showtime” termly topic.  This involves watching a video about dance and answering some questions on the google classroom.

This week in class we have continued to look at the “Showtime” topic that we will study until just after the Christmas break.  This topic includes many aspects of dance, music and performance as well as the scripting, editing, special effects etc. that support creative endeavours.  This week we have continued to write the scripts that will be filmed to create our “Newsround” style show to be shared with the school.

In literacy we have, as I mentioned above, been writing scripts.  These have included cast lists, lines, stage directions and scene settings.  The pupils have been very successful at adapting stories they know and this week have been working on a documentary format based on the previous terms learning about climates and the adaptations of animals and plants that live there.

In numeracy this week we have looked at patterns which we have adapted into “Chris – maths” activities.  Specifically, we have looked at triangle numbers, multiplication triangles (which have made good use of the pupil’s times tables and factor knowledge) and Pascal’s triangle.  Photos of some of the pupils working on this are below.

Our CLIC maths targets for next week are:

Counting: Saying 6-, 7- and 8-digit numbers. This means the pupils are learning to say, for example 99,999,999, as ninety-nine million, nine hundred and ninety-nine thousand, nine hundred and ninety-nine.  The general principle here is that the pupils must firstly know how to say a three-digit number and then it becomes a matter of reading this out but remembering what word goes in at the commas (for example thousand, million, etc.).

It’s nothing new: Coin multiplication.  This uses the pupil’s knowledge of coins in the UK system to develop quick multiplication skills.  The young people have done this before with lesser amounts in previous years (times 5, 10, 20 etc.) but will now be working on a full card (times 2, 5, 10, 20, 50, 100, 200).  As you may see this requires a knowledge of basic times tables (hence the constant revision), remembering some of the previous CLIC we have done (such as times ten) and also halving and doubling skills.  All of this enables the pupils to build the skills that allow them to do mental maths quickly using short cuts and understanding.

Calculation: I can solve any 1 decimal place plus 1 decimal place.  For example, 2.2 plus 2.2 = 4.4  This skill requires that pupils remember two things.  Firstly, that numbers move, the decimal place doesn’t, and secondly their previous approaches to addition as column methods can be useful here as they show the fixed nature of the place value system.  Problems here are usually caused by pupils not carrying forwards past the decimal point however I envision that we’ll all be able to do this, with many pushing further to 2, 3, 4dp sums as the week progresses.

I will also note here that the pupils as a group have made great progress so far in their Big Maths tests with many advancing to the next, and more challenging, levels.  Many of our learners will be promoted this week and although there are many transferable skills they can apply it will be challenging.  However, I’m very proud of the hard work they all put in and the enthusiasm they often have for pushing themselves harder.  I will have used Marvellous Me to let families know who is moving on, getting full marks etc.  For those who wish to get better I would recommend they use Sumdog or Education City where possible or speak to me about other things I can help with, such as practice Learn It sheets.

This week we have also been doing Christmas crafts (which will be brought home before the end of term), Anti – Vandalism posters (the winner in our ASG will be published and put up around Lochside ASG.  See some of our entries below) and our second PE lesson which all who participated in appeared to enjoy!  Friday was also Elf day and the staff dressed up to raise awareness of Alzheimer’s.

Mrs. Souter (the class PSA), fellow staff and I are aware that this is the season that families sometimes choose to show their appreciation for the school and school staff by giving gifts.  Given how hard this year has been for us all and the increased level of need this has created we (the school staff) are asking that families consider donating to the school’s foodbank partner CFINE instead of giving gifts to school staff.  Donations can be given to reception.

Thank you very much, 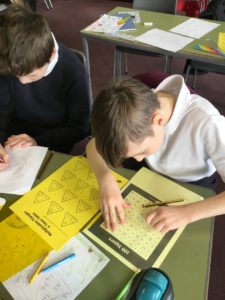 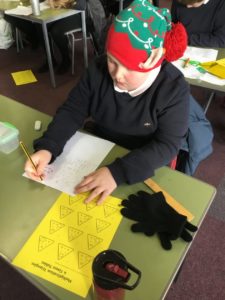 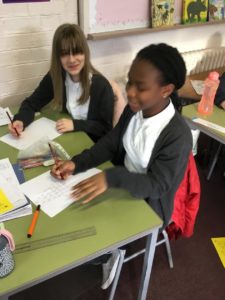 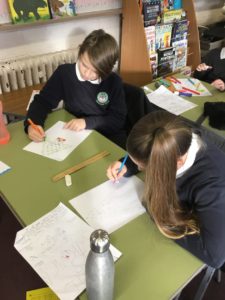 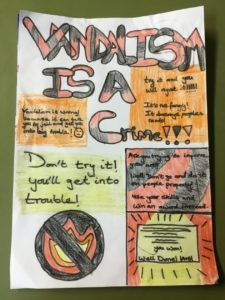 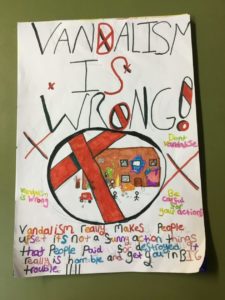 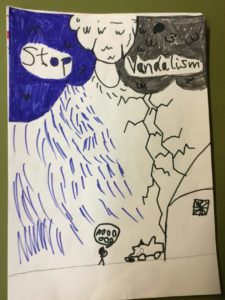 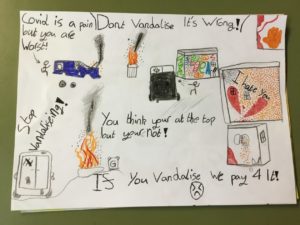 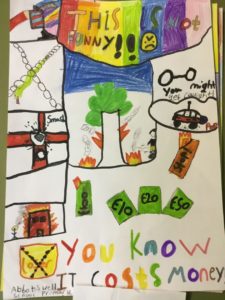 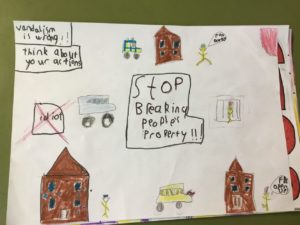 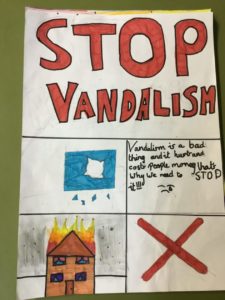 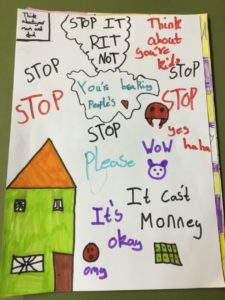 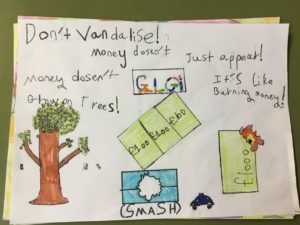 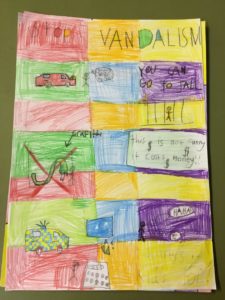 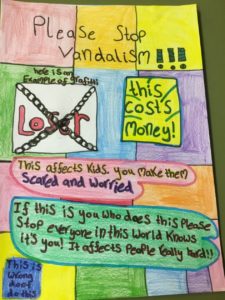 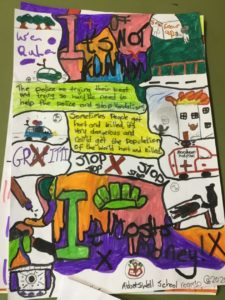 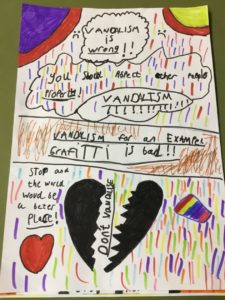 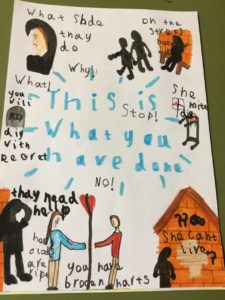 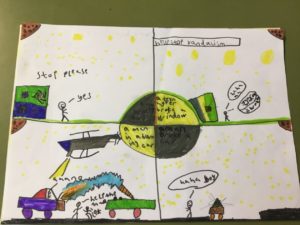 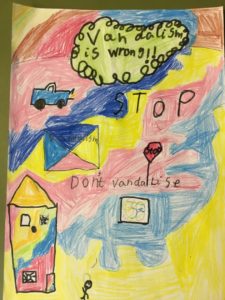 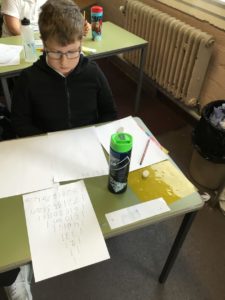