Although the stores are no longer issuing vouchers, please keep collecting and handing in to the Library so we can get new equipment.  To date we have just over 4,000 vouchers so we have a long way to go. We have until the end of term to collect so please keep asking family, friends, neighbours – anyone you can think of!

Calling all budding authors in S1 and S2. Chris Evans of Radio2 has just launched the second 500 Words short story competition which is open to anyone in the UK aged 13 and under. The competition website has all the details and includes writing tips from top authors and examples of the winning entries from last year 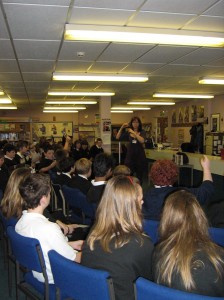 S1 pupils enjoyed a visit from local author, Caroline Clough, yesterday. She gave a fascinating talk, telling us how she came up with the ideas behind her book Red Fever which is set in the Aberdeen area at a time when the city is overrun by wild dogs, a terrible virus having wiped out much of the human population. She also gave us a sneak preview of the cover of her follow up book which comes out in May 2012. 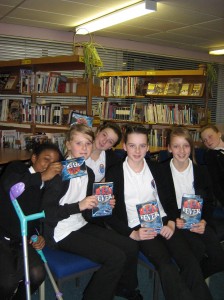 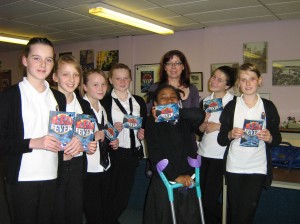 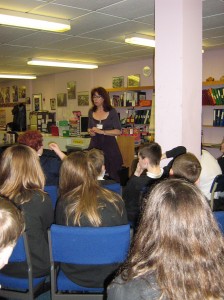 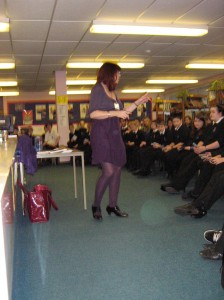 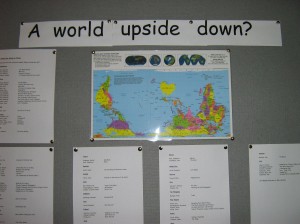 Have a look at our “upside” down world map outside the Library. Can you match up the fiction books set in different countries with the places on the map – it is not as easy as you think! 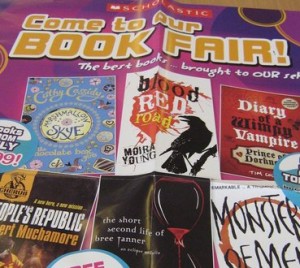 We are hosting a Scholastic Book Fair from 27th September – 5th October. There will be over 200 top titles for sale, some from as little as £2-99. Come along to the Library at lunchtime and see what’s on offer.

Check out the display in the library of Japanese books and artefacts  See below for more information on the Street Parade due to be held on Saturday 17th September. 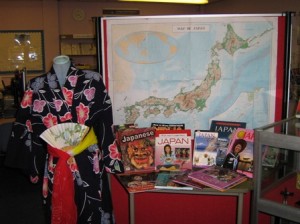 A stunning street parade involving hundreds of school children will take place in Aberdeen next month [Saturday 17 September] to celebrate a local man who was known as the Scottish Samurai.

The street parade starts at 7pm from the Gordon Highland Barracks and ends in Westfield Park in the Bridge of Don and is part of the Scottish Samurai celebrations which run throughout August and September.

Glasgow-based Theatre Modo, who specialise in involving children and young people from all backgrounds in circus skills and public performances, will run workshops in both Oldmachar and Bridge of Don Academies involving up to 500 young people.

A series of Japanese Cultural workshops will also involve the wider community including a sushi masterclass, Japanese ceramics, traditional tea ceremonies and storytelling. Tickets are available at www.ourgala.info

The celebrations will mark the centenary of the death of Thomas Blake Glover, known in Japan as the Scottish Samurai.

Glover was responsible for establishing a strong economic and cultural link between North East Scotland and Japan. Leaving the Bridge of Don in 1859, Glover set up a series of businesses in Nagasaki; amongst these was the small shipbuilding enterprise which later became Mitsubishi.

In recognition of his industrial achievements, Glover was honoured with the Order of the Rising Sun.

The latest Scholastic C2C leaflet with it’s exciting range of fiction and non-fiction titles has now been distributed to all S1 and S2 classes.

If you didn’t get a leaflet, check out this link