17 titles have made it on the longlist this year. Which ones will make your shortlist? 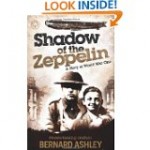 Across  Europe, the horror of war is destroying lives and separating families.

Yield or fight? When tragedy strikes Freddie’s family, he and his soldier brother must go on the run, battling for their survival.

Jump or burn? Without a parachute, that’s the choice Ernst knows he will face if his Zeppelin is shot down.

Bravery takes different forms. How far would you go to stand up for what’s right? 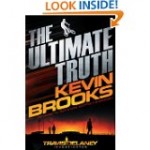 When Travis Delaney’s parents die in a car crash, Travis is devastated. In a bid to pull himself out of his grief, he starts to look into the last case they were investigating at the private investigation agency they ran. What starts as a minor distraction soon becomes a sinister, unbelievable mystery – and Travis is determined to solve it. Why were his parents looking for a missing boy when the boy’s family says he isn’t missing? Where is the boy himself? And why would a man who is in surveillance photos taken by Travis’s parents turn up at their funeral? As Travis searches for answers, he starts to have the chilling realization that the question he should be asking is the one he most wants to avoid: Was the accident that killed his parents really what it seemed? 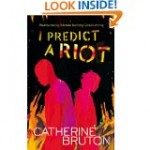 Welcome to Coronation Road – a kaleidoscope of clashing cultures and parallel lives. There’s Maggie and her politician mum in their big house. There’s Tokes and his mum in a tiny bedsit, running from trouble. And there’s the ruthless Starfish gang, breeding fear through the neighbourhood. Amateur film-maker Maggie prefers to watch life through the lens of her camera. In Tokes, she finds a great subject for her new film. And when violence erupts, led by the Starfish gang, Maggie has the perfect backdrop. But as the world explodes around her, Maggie can’t hide behind the lens anymore . . . 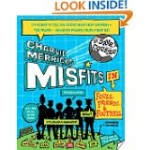 ‘I play for North Star Galaxy and this is the story of our first season. I don’t know how it’s going to end – but I hope it will be at the World Cup Finals this summer! Charlie loves football. He watches it, memorizes facts about it, and he’s even the captain of the local youth team, North Star Galaxy. When Charlie discovers that youth teams are being selected to play in exhibition matches at the World Cup tournament later that year he decides to enter North Star. There’s one problem. He’s got to prove that North Star deserve a place at the tournament and that’s not easy when your team are kind of rubbish at football! 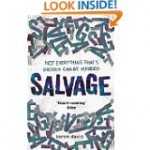 Before she was adopted by a loving family and raised in a leafy Home Counties town, Cass Montgomery was Cass Jones. Her memories of her birth family disappeared with her name. But when her adopted family starts to break down, a way out comes in the form of a message from her lost brother, Aidan. Having Aidan back in her life is both everything she needs and nothing she expected. Who is this boy who calls himself her brother? And why is he so haunted? 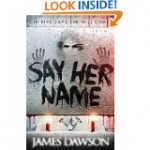 Roberta ‘Bobbie’ Rowe is not the kind of person who believes in ghosts. A Halloween dare at her ridiculously spooky boarding school is no big deal, especially when her best friend Naya and cute local boy Caine agree to join in too. They are ordered to summon the legendary ghost of ‘Bloody Mary’: say her name five times in front of a candlelit mirror, and she shall appear…But, surprise surprise, nothing happens. Or does it? Things get increasingly weird and more terrifying for Bobbie and Naya, until it becomes all too clear that Bloody Mary was indeed called from the afterlife that night, and she is definitely not a friendly ghost.

Watch a review by clicking on Say her name 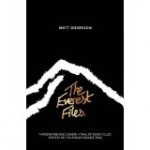 In the deepest Himalaya a story is spreading like wildfire. It is the story of an Everest expedition unlike any other that ended in lies, betrayal, mysterious disappearances – and death. At the heart of it all – rumours of dark forces at play. This is the mystery that eighteen-year-old Ryan Hart sets out to solve. Ryan is on a gap year adventure, working for a medical charity in Nepal and in his own words he is “up for anything”.  When a local girl begs him to investigate why her sixteen-year-old friend Kami never came back from Everest, Ryan cannot resist the challenge. A solo journey takes Ryan deep into the mountains where his detective work finally pays off. What emerges is a shocking story of fatal human errors, a twisting tale in which life and death decisions are distorted by ambition, ego and greed. 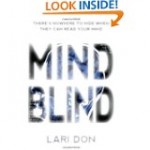 14-year-old Ciaran Bane is a highly trained fighter and gifted cat burglar with a special talent: he knows what his victim is thinking. He works in a mafia-style family of gangsters, thieves and thugs who share his mind-reading talent. But Ciaran’s skill comes with a crippling side effect, one that makes him disposable – even to his own family. When he forms an unlikely partnership with Lucy, who’s looking for her lost sister, their adventure takes them across London and up to Edinburgh in a breathless game of hide and seek. 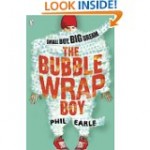 All my life I’ve been tiny Charlie from the Chinese Chippie, whose only friend is Sinus, the kid who stares at walls. But I believe that everyone’s good at something. I’ve just got to work out what my something is……Charlie’s found his secret talent: skateboarding. It’s his one-way ticket to popularity. All he’s got to do is practice, and nothing’s going to stop him – not his clumsiness, not his overprotective mum, nothing. Except Charlie isn’t the only one in his family hiding a massive secret, and his next discovery will change everything. How do you stay on the board when your world is turned upside down? 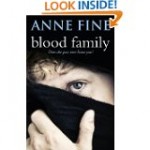 Edward is four years old when he is locked away with his mother by her abusive, alcoholic partner, Harris. By the time an elderly neighbour raises the alarm, he is seven. Sent to live with a kindly foster family, and then adopted, Edward struggles to adapt to normal life. Even as a teenager it’s still clear to his new family and schoolmates there’s something odd about him. Then one fateful day, Edward catches a glimpse of himself in a photograph. What he sees shocks him to the core – a vision of Harris. Was this monster his father all along? Every step of progress Edward has made swiftly begins to unravel, and he has to decide whether his blood will determine his future. 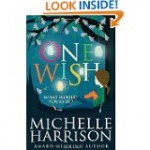 Having the ability to see fairies means that Tanya Fairchild’s life has never been easy. After all, real fairies are nothing like the ones in books; ones that grant wishes or leave money for teeth. Real fairies don’t like to be talked about, and they cast spells if Tanya steps out of line. Of course, it would help if Tanya knew someone – anyone – else who could see them, too …..When Tanya meets Ratty, she finds not only that can he see fairies, but that he has a fairy friend, Turpin. When Ratty goes missing, Tanya discovers her new friend has another extraordinary ability; an ability that has the potential to destroy them both … 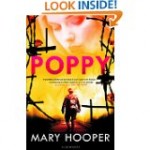 It is December 1914. Poppy young, beautiful and clever is working as a parlourmaid in the de Vere family’s country house. Society, it seems, has already carved out her destiny. But Poppy’s life is about to be thrown dramatically off course. The first reason is love – with someone forbidden, who could never, ever marry a girl like her. The second reason is war. As the lists of the dead and wounded grow longer, Poppy must do whatever she can to help the injured soldiers, knowing all the while that her own soldier may never return home . . . 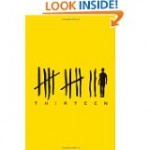 Born at midnight in London, on the stroke of the new millennium, Adam is the target of a cult that believes boys born on this date must die before the end of their thirteenth year. Twelve boys have been killed so far. Coron, the crazy cult leader, will stop at nothing to bring in his new kingdom. And now he is planning a bombing spectacular across London to celebrate the sacrifice of his final victim: Adam. 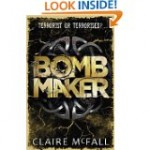 The English government have closed the borders with their Celtic neighbours. Any Celt found in England is branded with a tattoo, found twice they are executed. Scottish Lizzie is the ‘property’ of psychopathic London gang boss Alexander. Can Lizzie escape Alexander’s deadly grip and flee northwards? And at what price her betrayal? 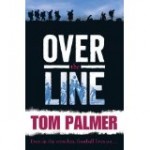 Powerful historical novel about one footballer’s experience in World War I, based on the little-known history of the Flanders Cup. It’s 1914 and Jack is making his debut as a pro footballer. But his first match is marred by a demonstration demanding that the teams sign up to do their duty in France. Word of the Footballer’s Battalion and a cup in Flanders provides a glimmer of hope that Jack can keep his dream of playing for England alive. But as the war drags on, Jack is thrown into a nightmare world he will be lucky to survive. 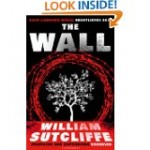 Joshua is a troubled boy who lives with his mother and stepfather in a divided city, where a wall and soldiers separate two communities, and the rubble-strewn residue of their broken world gives hints of the old life before the wall was built. Joshua discovers a manhole, which leads to a tunnel, which leads in pitch darkness under the wall and across to the other side. Forbidden territory, dangerous territory, violent territory, which a boy like him – visibly different – shouldn’t stray into. An act of kindness from a girl saves his life, but leads to a brutal act of cruelty and a terrible debt he’s determined to repay. And no one, no one must find out that he’s been there – or the consequences will be unbearable. 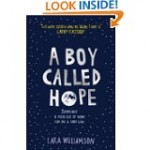 I’m Dan Hope and deep inside my head I keep a list of things I want to come true. For example, I want my sister, Ninja Grace, to go to university at the North Pole and only come back once a year. I want to help Sherlock Holmes solve his most daring mystery yet. And if it could be a zombie mystery, all the more exciting. I want to be the first eleven-year-old to land on the moon. I want my dog to stop eating the planets and throwing them up on the carpet. And finally, the biggest dream of all, I want my dad to love me.