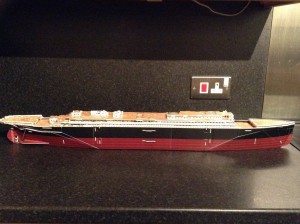 I started work on my Titanic model……..I have it half built.  It does not look good right now but when it’s finished it should hopefully look great.