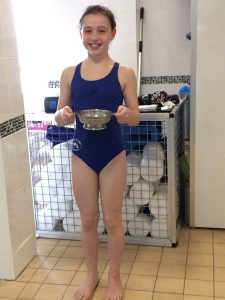 On 1Oth of March Port Ellen Primary School went to the Mactaggart Leisure Center to have their Swimming Gala! They will be counting up points and at the end there will be a winning house. If you come first you will get 100 points, if you come second  you get 75 points and third gets you 50 points.

After all these races were finished the rest of the school came down to the pool to race. There races were front crawl and the novelty race.  After all these had been done there was a house really race. competing for Orsay was Rowan Morris, Kaitlyn Clarke, Sophie Macdonald and Matthew Campbell.  Competing for Nave was Ellie Mackie, Taylor Swanson, Sarah Maclennan and Lauren Macdonald.  Last but not least was Texas really team.  Competing for Texa was Eva Munro, Daren Hamilton, Natalie Logan and Struan Colthart.  third place for the really race was Nave then second was Texa and then a second apart was Orsay.

In the end the winner for the girls was Eva Munro and for the boys it was Struan Colthart.

The house that came Third over all was Orsay and then Texa and then and then Nave came first.   All round the day was Amazing with all the shouting for the teams and all the swimming.  I wish I was here for next years swimming gala.

By Struan Colthart and Eva Munro 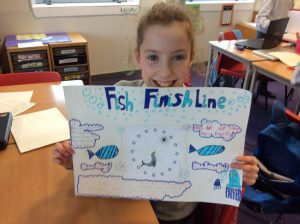 Port Ellen Primary Schools Primary 5/6/7 class has been doing game design for their topic. They had to make a game for 7-12 year olds. Then they had to battle all the games in the class.  First they had to assign roles and create a group name.

Aiden says” I really enjoyed it because I enjoy doing surveys and collecting information.”

Holly was the Programmer and she had the fun job of programming. Ellie and Matthew shared the job of the Game Designers and they had to do the logo and the story board. Lauren was the Artist and she had to design characters for the game.

We made an IMovie, poster, characters, 4 worlds, theme tune, logo, game summary, story board and a survey. In the end we presented our game to Mr Shakespeare. He judged us on different aspects but we won the best presentation!