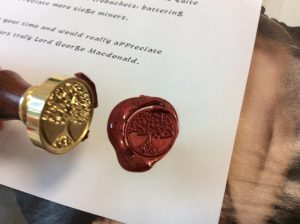 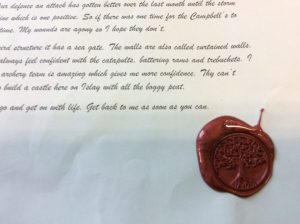 P67 at Port Ellen have been recreating a letter from the time of Dunyvaig castle. They had to imagine a letter that might have been written and had a seal attached.  This is because there was a seal from 1593 discovered at this years dig at the castle; seals were used with wax to seal letters to make them official.  We have been using a seal in class to add to our letters, which we have aged using cold tea.  We melted wax in a spoon over a candle and then used a tree of life seal to imprint in the wax.  We think they look very authentic! 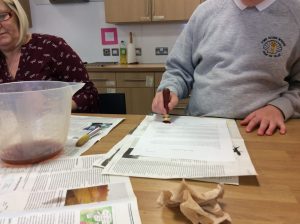 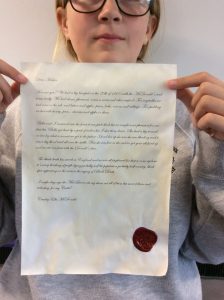