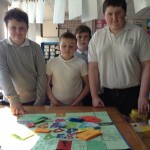 Last week was finance week. Each class learned about different aspects of finance and managing your money. P7 learned about tax, payday loans and interest rates and they also made finance board games. With Mrs MacDonald P7 made a Gaelic cafe and they had to learn and teach the customers how to ask and pay for food in Gaelic.

P5/6 were working out the proper cost of their soaps with all the ingredients prices added up together and worked out they should be selling the soaps for £1.06. Mrs Connor came in to help them with making spread sheet for their soap business. They also made board games about different aspects of money including accounting and managing money and accounts. A pupil named Murray made an animation on how to make soap.

P3/4 made up their own shops in groups using pretend money and foods. The shops were called The Square Shop, Good Food, The Yummies and Eat Up. They were also learning about saving and managing money.

P1/2 made different dips and sold them to the school for 30p. They were also learning about saving money.

By Abbie and Izzy  🙂 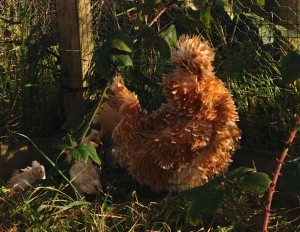 Mrs Clark brought 5 chicks to the school and a mum called Kracken.

The chicks are all yellow orange and are so cute.  The mum’s feathers are crazy and are everywhere but don’t tell her that she is ugly because that will upset her, (she thinks that she is beautiful!) Sadly the little black chick, Smudge, has died due to bad weather and is no longer with us.

The chicks have water food and little crumb things around the outside of their chicken coop that Alicia made for her Endeavor last year and looks beautiful.

The chicks have to go home for the holiday to Mrs Clark’s house in case their food runs low and in case of bad weather.

Hope the chicks have a lovely holiday.

P 2/3 have been learning about money all around the world.  We learned you got a $500 notes.In Botswana the money is called Pula.  In Malawee the money is called Kuacka. Lots of places in America use Dollers. Most places in Europe like France use Euro’s and scence. People in Britten use Pounds and Pennies. There are different faces on pound notes, like; the Queen, Robert Burns, Robert the Bruce and in Cameroon you can even get Diggers on the money. ( COOL!!!)  In China you get Yen. You can’t get can get £1 notes here anymore but you can in other places. You can even get £1000 notes in some places and you get £5000!

By Aidan, Taylor, Torin and Izzy 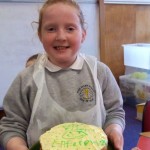 Rounding decimals is the same as rounding tens or hundreds etc. If you were rounding  tenths,  you would look at the hundredths and if the hundredth is five or over, the tenth would be one unit higher, like; 1.48=1.5 You take away the zero because it has no use to you at all any more.

Converting decimals is easy as well.  Zero point four equals four tenths. The four is in the tenth column so in the denominator of the fraction is a tenth and in the numerator of the fraction is four because that is how many tenths there are. The same would happen if there is a digit in the hundredth column, but instead of the tenth it would be a hundredth and the digit on top would be the number in the hundredths column.

By Anwen and Elizabeth

Every year our school tries to get every pupil to bring a tin or two, so that we can give it to the elderly in Port Ellen.  It’s good that we are giving food and money to the starving people in Africa but it’s also important to remember the old people in the village because they can be lonely.  We want them to know that we are still thinking about them. Lots of bags go out our school and are given to the elderly.

Every year Miss Browns class does a harvest assembly and pick a charity.  This year the charity they chose was called Send a Cow!  It is a charity that helps people in Africa with farming projects.  They put on a very good assembly with lovely African songs and great costumes.  They got the true meaning of the charity Send a Cow across.

We should be grateful for what we’ve got. 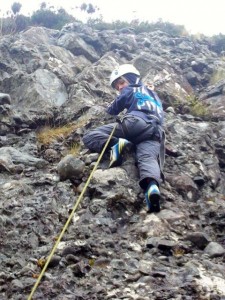 On Tuesday my class (p6/7) and all the other p6/7s from all over Islay and Jura went on a trip called Stramash. We had a very long journey to get to Oban but it was well worth it.  After the journey we went to our rooms, found out our group buddies and set out on our  first activity.  Our group went Rock Climbing and Absailing. Rock climbing is very challenging but a brilliant thing to learn how to do. I bet you would love to absail down the Conglomerate rock (If you are into adventurous activities).  Some people didn’t make it to the top, but at least they tried.  Would you have tried? Or would you be a scaredy cat?

By Jodie Jamison and Elizabeth Macmillan 🙂

On Friday the 2nd of November it was Friday Fun Club and at Friday Fun Club we danced, sang, did arts and crafts and we watched a video, the video was about a blind man who was sitting on the grass, meanwhile Jesus was leading the people past the old man. The man heard the people talking about how Jesus was leading the people somewhere, so he said “Please have mercy on me!” 3 times, the people were embarrassed so they walked away, but Jesus heard his call and sent two of the people to go and bring the blind man to him, the people went and brought him to Jesus, Jesus touched the mans eyes and he could see! 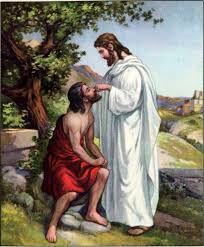 Lunch on Wednesday the 31st of October was so cool (and delicious) we had Eye balls (Meatballs), Spider legs (Chips), Bloody sauce (Tomato sauce), Pumpkin soup, Spooky Biscuits and Ghost Spew, I’m not sure what the Ghost spew was because I couldn’t see it. After lunch everyone got changed. At the party we played Musical statues, Corners, ducked for apples and we even went in groups and got given 2 rolls of toilet paper and wrapped people in your group like mummies,my group came joint first with James’ group (GRRR) we came joint first because we wrapped the most mummies and we wrapped them well.

We are learning our words for our harvest assembly on a week today and I fell really nerves because I will be in front of lots of people. By Jasmine. P4